Universal Inheritance: Would €20k at 18 help to reset inequality?

The poorer half of Germany's population inherits little to no wealth. A proposal by a Berlin think tank would give a lump sum to young people for education, homeownership or starting a business. 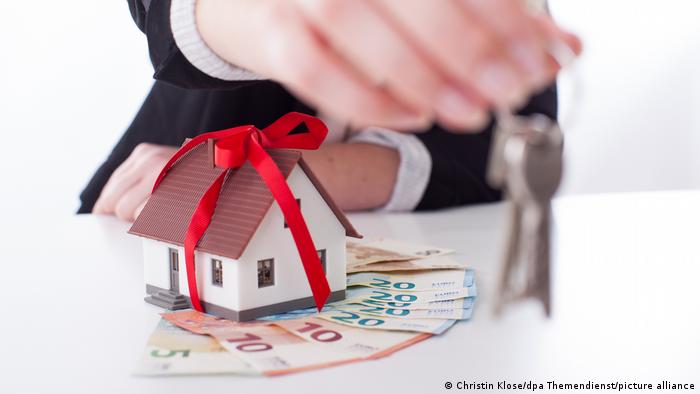 The universal inheritance was first mooted more than 200 years ago

In December, while the world's attention was on the emergence of the omicron coronavirus variant, the German Institute for Economic Research revived a centuries-old idea to help tackle wealth inequality.

Universal Basic Inheritance, or Grunderbe in German, would assign €20,000 ($22,720) to each resident upon reaching 18 years of age. The sum would be earmarked to pay for education or training, a property downpayment or for starting a business — not to be squandered.

The idea is in a similar vein to the Universal Basic Income, a welfare replacement scheme being trialed by governments around the world, which awards people a minimum monthly income without being means-tested.

"If we really want to create prosperity for everyone in the foreseeable future, then we should reduce the high level of wealth inequality through redistribution; by giving the non-asset owning half of the population a basic inheritance," the German think tank's tax expert Stefan Bach wrote in his proposal.

Bach said based on around 750,000 German residents reaching adulthood every year, the universal inheritance would cost the German government around €22.6 billion per year. It could be financed by hiking inheritance tax, introducing a tax on the ultrawealthy and by reforming property taxes.

Compared with other countries with similar income distribution, wealth in Germany is highly concentrated, according to the think tank. The richest 10% own two-thirds of total private wealth (some €12 trillion in assets); the richest 1% own a third, while the richest 0.1% own up to a fifth.

At the end of the table, the bottom half own few to no assets — just 1.3% of overall private wealth — and are left almost nothing when family members die, according to a study by the Forum New Economy.

Bach said simulations had shown a universal inheritance scheme would narrow the Gini coefficient, used to measure wealth/income inequality, by 5-7%. It would boost the wealth of the poorest half by between 59% and 94%.

"For the lower-income groups, supplementary pension provision and financial assets are particularly relevant," he added.

Other countries are being pushed to adopt similar proposals. In the UK, the Campaign For Universal Inheritance has called for the awarding of a "decent minimum amount of capital" for those reaching the age of 25, "whatever the fortunes, misfortunes, generosity or lack of generosity of their parents."

UK Prime Minister Boris Johnson was elected in 2019 and won the Brexit referendum on a promise to reduce wealth inequality between the prosperous southeast of England, which includes London, and the rest of the country. 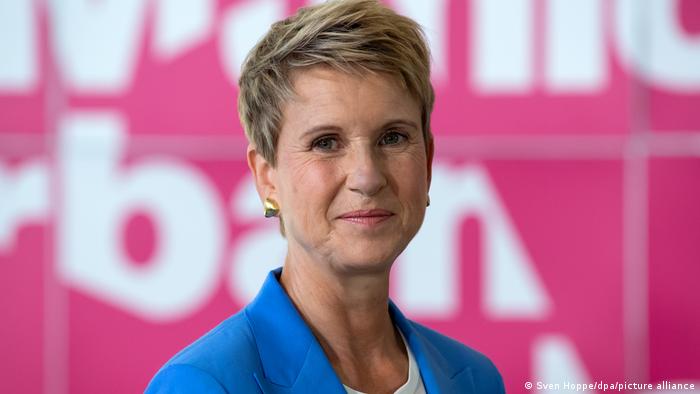 Susanne Klatten is Germany's wealthiest woman, a billionaire heiress of large stakes in the chemicals giant Altana and automaker BMW

Bank of mom and pop

On its website, the UK campaign says "equality of opportunity and the distribution of inherited wealth are inextricably linked."

"Those who benefit from the pretense that equality of opportunity has nothing to do with the distribution of inherited wealth ... are the heirs in the next generation of families that own most of the business, farming and shareholding wealth — vast amounts of which have been and are received by them completely free of tax as a result of a series of scandalous exemptions," the website adds.

The super-rich are often resistant to hikes in inheritance tax and other wealth taxes. Whenever politicians in Europe and the US have threatened to introduce new taxes on wealth, the moneyed have often threatened to move to lower-tax countries.

Much of the inequality in Germany can be explained through the aging population, as older people have had more time to accumulate wealth than younger generations.

While the savings rate is high, most people keep their savings in low-interest accounts, so their wealth is eroded by inflation over time. The low property ownership rate — just 45% according to the Bundesbank, compared with around two-thirds in France and the UK — also prevents many people from accumulating equity in their homes.

On the other hand, inheritance and property taxes needed major reforms as they currently undervalued properties and business assets owned by the wealthy, Bach wrote, adding that taxes on the wealthy accounted for just 1.1% of all tax revenues in Germany.

British-born American political activist Thomas Paine first suggested a kind of universal inheritance in 1797. Under his plan, every man and woman would receive £15, or £1,339 ($1,520, €1,179) in today's value, upon reaching the age of 21, paid for by raising estate taxes on the wealthy.

Nearly 200 years later, the idea was taken up by British economist Sir Anthony B. Atkinson, who was renowned for his work on measuring inequality. In 2015, Atkinson published his final book "Inequality: What Can Be Done?", which again proposed using inheritance taxes to pay for a basic inheritance awarded to all upon reaching adulthood.