The Cambodian government has started to investigate the country’s orphanages, whose numbers have nearly doubled in five years. But, oddly, most of the orphans living there are not really orphans at all. 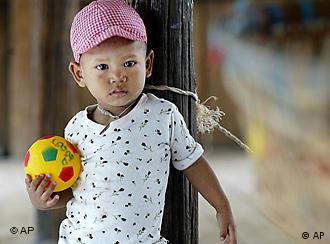 The Ministry of Social Affairs says it is assessing all 269 of Cambodia’s orphanages, which are home to nearly 12,000 children, to find out whether they are being properly cared for.

The announcement follows research by the government and the UN children’s organization UNICEF that shows the number of orphanages and orphans has doubled in five years.

Yet as UNICEF points out, most children in the country’s orphanages are not orphans at all, because they have at least one living parent. "What’s interesting to see of course is that only 28 percent of the children in these orphanages are actually 'double orphans' – children who have lost both parents," says Marc Vergara, UNICEF’s chief of communications.

Vergara says just 21 of Cambodia’s orphanages are state-run. The other 248 orphanages are foreign-funded and faith-based. He says this area has grown; "A lot of this increase is due to funding from overseas, and we find that with the best intentions people who try to help orphanages in Cambodia through funding are actually contributing to separating children from their families." 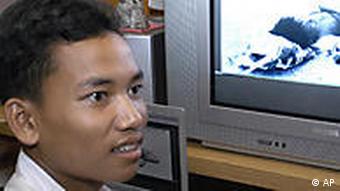 Numerous studies have shown children are better off in a family or community setting rather than in institutions. The latter, UNICEF says, ought to be a last resort.

UNICEF is concerned many orphanages have turned to tourism, a rapidly growing industry, to attract funding -and in doing so, they are putting children at risk.

It is a worry shared by Sebastien Marot, the founder of Friends International, a streetkids charity that has been operating in Phnom Penh for 17 years.

Marot says well-intentioned tourists are falling for so-called “orphanage tourism”, which he decries as an exploitative marketing ploy through which unscrupulous orphanage owners can make money.

Offers for tourists to visit orphanages and help the children, as well as donate money, are a staple in Cambodia’s tourist centres. Marot has no doubt that some orphanages have been set up to get money from tourists by exploiting children.

He says if tourists do not visit orphanages in their home countries, they should not do so in Cambodia." And the other thing is that there is a percentage of people that are not nice people, ending up there. And there is no control who is coming into these orphanages. And the risk of abuse – and it happened unfortunately a few times – is extremely high. So there is no checking." 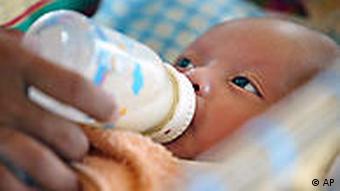 Most of Cambodia's orphanages are foreign-funded

UNICEF has not yet assessed where the extra orphanages have been built, but some have certainly appeared in tourist centres.

There is a suspicion that an increase in tourism, and a chance to make easy money, are in part behind the rapid rise in the number of orphanages.

The number of foreign tourists visiting Cambodia has grown 76 percent in the past five years. It might be a coincidence, but in that time the number of orphanages has also risen 76 percent.

Millions of children are missing out on education in Asia

UNESCO's 2011 Global Monitoring Report warns that the Millennium Development Goal of education for all will be missed if aid for education in conflict-affected areas is not prioritized. (03.03.2011)

Thousands of children are abducted and sold in China each year. A new internet platform is helping - it posts photographs of street children, thus helping parents find their missing children. (17.02.2011)

US army tries to help abandoned wives and children

The US has had close military ties with South Korea since the Korean War. There are over 28,000 US troops stationed below the 38th parallel. Sometimes they leave behind wives and children after their tours. (21.06.2010)