UN officials have granted protected status to the Erzgebirge region (The Ore Mountains) on the German-Czech border. The water management system in Augsburg was also declared a World Heritage Site at the Baku session. 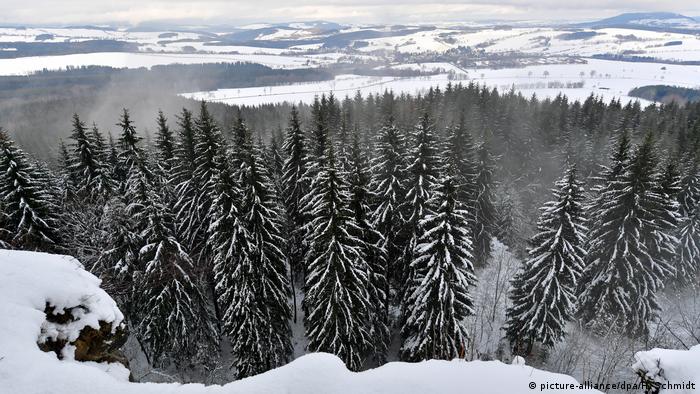 The Erzgebirge region shared by Germany and the Czech Republic is a "unique mountain cultural landscape" and a center of mining innovation, the UNESCO said on Saturday, listing the area as a World Heritage Site.

Miners have worked in Erzgebirge silver mines since the 12th century. Radioactive uranium was also mined there until the early 1990s. The mountain range is known as the Krusnohori in Czech and the Ore Mountains in English.

The area grew rich through the extraction of ore, and became a center for the study of mining technology.

Famed German polymath Alexander von Humboldt was among those who studied at the Freiberg School of Mines, which was founded in 1765. On graduation, Humboldt provided an expert opinion on the drainage of mining tunnels — just one of many studies that helped change the industry.

"The Saxonian-Bohemian Erzgebirge has served as an impulse generator for the economic and social development in mining regions of the whole continent," said Germany's UNESCO Commission chief Maria Böhmer after the organization granted the request.

"As trained miners moved away, their knowledge was exported. Administrative structures and financial systems that were established in the Erzgebirge had a significant influence on mining operations all over Europe."

Preserving important elements of humanity's history is one of the functions of the UNESCO, which stands for the United Nations' Education, Scientific and Cultural Organization.

The region's bid for World Heritage status was submitted by German and Czech officials.

Germany's minister for international cultural policy, Michelle Münterfering, welcomed the news, saying the bid had made an important statement about Europe that showed the "close links between our countries." 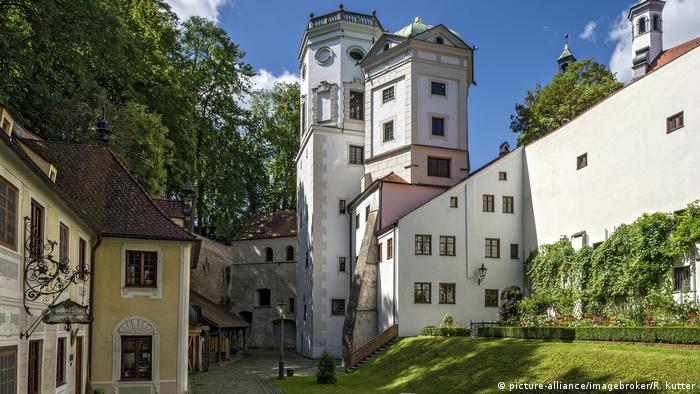 The small and big water towers are part of the Augsburg water management system, which is known as a masterpiece of engineering

Also on Saturday, the UN officials listed the medieval water management system in Augsburg as another World Heritage Site.

Throughout the centuries, the Bavarian city added fountains, aqueducts, wells and water towers to form a unique water supply system. Today, the network of waterflows consists of 22 distinct objects and stretches through 700 years of the city's history.

The UN body is meeting in Azerbaijan's capital of Baku to examine 36 nominations for the World Heritage Site list. The session is scheduled to last until July 10. Yesterday, the UN officials granted the protected status to the ancient city of Babylon.

Other sites recognized by UNESCO include India's Jaipur, known as the "Pink City," the Bagan landscape in Myanmar, the ruins Liangzhu City in China and the Plain of Jars located in central Laos.

Bayern Munich suffered their second Bundesliga defeat of the season away at neighbors Augsburg. The Bavarian derby took place as local authorities reacted to rising COVID-19 cases, which are already affecting football.