A plan to build a bridge across the Rhine valley has been given the go-ahead by world heritage panelists. UNESCO says that project can take place without a threat to the status of Germany’s world-famous Lorelei rock. 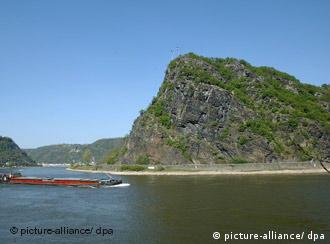 The Lorelei is a draw for many tourists in the region

World heritage body UNESCO has agreed that plans for a bridge near to a favorite German landmark can go ahead without damaging the area's status.

The proposed engineering project, near to the town of Saint Goarshausen, is close to the world-famous Lorelei rock – centerpiece of the Upper Middle Rhine Valley world heritage site.

The picturesque promontory soars 132-meters above one of the most dangerous parts of the Rhine. It is named after a mythical siren who, according to folklore, lured ship captains to their death against the rocky river floor at its base.

The proposal to build a bridge has sparked intense debate about whether the structure would violate the site's prestigious UNESCO world-heritage listing. Critics warned there would be considerable environmental destruction. 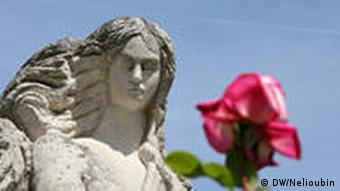 However, the panel at the 34th annual world heritage meeting in Brasilia agreed that the concept of the bridge was compatible with Lorelei's world heritage designation.

According to the German state of Rhineland-Palatinate's economics ministry, a detailed plan will have to be submitted for the bridge project to retain UNESCO approval for the area. 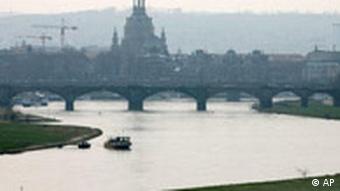 Dresden lost its status last year, over a bridge project

UNESCO wanted to see further plans to ensure the bridge was "visually acceptable and that it complies with the exceptional universal values of a world heritage site," the state government said.

There are currently no bridges or tunnels across the Rhine on the 85 kilometer (52 mile) stretch between Koblenz and Mainz, where the Lorelei lies.

The entire portion of the Rhine valley between Koblenz and Bingen has enjoyed world heritage status since 2002.

The bridge project is the second recent German controversy for UNESCO. The first also involved a bridge project, this time across the Elbe, near the historic heart of Dresden which lost its status last year.

Looking to experience the charm and variety of Germany without working too hard at it? You may want to consider a river cruise. Just sit back, relax, and watch thousands of years of history glide by. (05.06.2003)