From Turkey to the Horn of Africa, refugees are in dire need of permanent resettlement. The UNHCR said there "simply has to be more equitable sharing of responsibility for global crises." 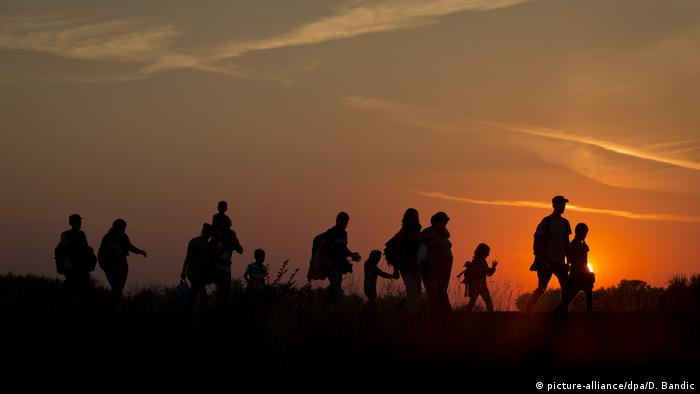 The Office of the UN High Commissioner for Refugees (UNHCR) on Monday said by next year, nearly 1.5 million refugees residing in more than 60 host countries will be in need of resettlement.

"Given the record numbers of people needing safety from war, conflict and persecution and the lack of political solutions to these situations, we urgently need countries to come forward and resettle more refugees," said UNHCR chief Filippo Grandi.

The region with the highest resettlement needs is the area that comprises East Africa and the Horn of Africa, with nearly 450,000 refugees. Turkey comes in second with 420,000, while the wider Middle East and North Africa region hosts 250,000 refugees in need of resettlement.

"History has shown that with a strong sense of purpose, states can come together to collectively respond to refugee crises, and help millions to reach safety, find homes and build futures in new communities," Grandi said.

Since the 2015 migration crisis, the European Union has also struggled with resettling refugees, in part due to right-wing and populist resistance. Berlin has pushed for refugees from front line countries such as Italy and Greece to be resettled in other  EU member states in order to share the burden across the bloc.

Despite an agreement in 2015 between EU member states, a system for redistributing refugees across the EU has failed to gain traction. For Grandi, a similar situation is playing out at the global level.

"With the overwhelming majority — 84% — of the world's refugees hosted in developing regions facing their own development and economic challenges and whose own populations may live below the poverty line, there simply has to be more equitable sharing of responsibility for global crises," Grandi said.

According to the UNHCR, less than 100,000 refugees were resettled last year, a mere fraction of those in need of permanent sanctuary.

India: Muslim comedian detained over anti-Hindu jokes he might crack 2h ago