Afghanistan's rival presidential candidates each claim to be winners as the world awaits official counting of a crucial run-off election. One contender, Abdullah Abdullah, has also accused election officials of fraud. 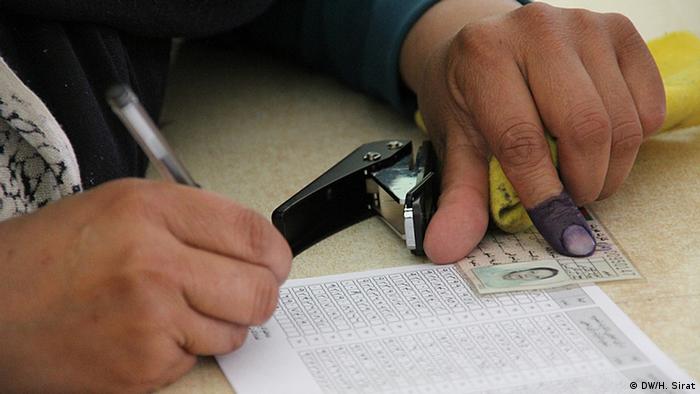 Abdullah said the turnout figure of seven million voters given by the Afghan electoral commission was "questionable." He also accused a commission official of trying to remove unused ballot papers in Kabul on polling day.

Supporters of rival Ashraf Ghani claimed that the ex-World Bank economist was the winner of Saturday's run-off. He and Abdullah came top of the first round on April 5.

The United Nations urged both candidates and their teams to "respect the electoral process" and await tallying. The preliminary result is due on July 2, before official complaints are scrutinized.

The final result is due on July 22.

On Sunday, Afghanistan's electoral complaints commission said it had registered 275 complaints, including claims that money had been offered to sway voters.

The director of the Afghanistan Analysts Network, Kate Clark, said "there is still a lot that could change" the poll outcome.

"Being a good loser doesn't gain you much here," Clark said.

Afghanistan's election is supposed to mark the country's first democratic transfer of power in its history. The winner will succeed President Hamid Karzai who was constitutionally barred from standing for a third term.

During Saturday's balloting more than 40 people were killed, some during attacks by Taliban fighters who called the election a "sham show to install another fake regime in Afghanistan."

The Taliban were ousted in 2001 by a US-led military coalition.

All NATO combat troops are due to withdraw from Afghanistan by December.

Abdullah and Ghani support a proposed security pact with the US that could result in a contingent of 10,000 troops remaining next year.