Opium poppy cultivation in Myanmar has risen for seven straight years. The UN's Jason Eligh tells DW the smuggling of chemicals, conflict and rural poverty are at the root of a problem triggering serious health issues. 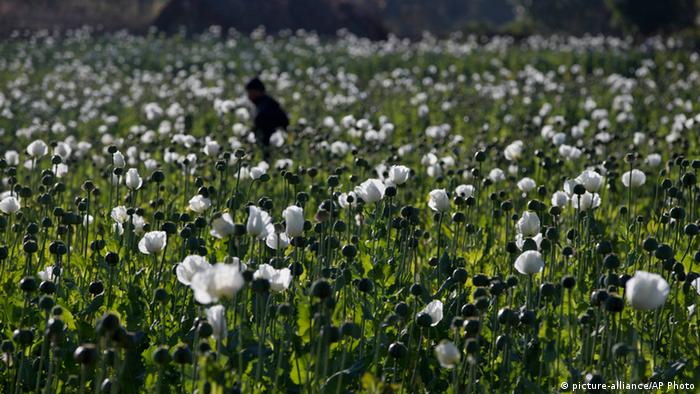 Myanmar is the world's second largest producer of opium - the raw ingredient for heroin - after Afghanistan, accounting for 10 percent of global production. Together they account for about 90 percent of the world's opium poppy production, according to the United Nations Office on Drugs and Crime (UNODC).

Despite a state eradication campaign, the Southeast Asian nation - also known as Burma - witnessed an increase in opium cultivation for the seventh consecutive year. As a result the country's opium production increased 26 percent last year to an estimated 870 tonnes - the highest since assessments by UNODC and the Myanmar government began in 2002.

On the occasion of the International Day Against Drug Abuse and Illicit Trafficking, Jason Eligh, UNODC Myanmar country manager, says in a DW interview that conflict and rural poverty are at the root of this widespread problem which is only exacerbated by poor access for farmers to arable land and spiraling household debt.

DW: How big an issue are opium cultivation and drug use in Myanmar?

Jason Eligh: They are a serious concern. After many years of regular decline we've seen annual increases in cultivation for each of the past seven years, and it is a trend that does not appear to be abating. 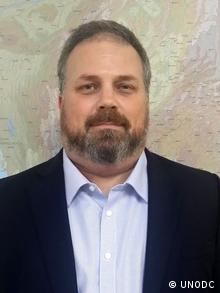 How widespread is the problem of drug abuse?

We believe there are between 300,000-400,000 drug users in Myanmar. While many of them use heroin, we believe there is a significant and growing methamphetamine use problem in the country.

Why is so much opium grown in the country?

Most poppy is grown in Shan State, which is an area that has been affected for many years by deep seated conflict between ethnic armed groups and government forces. Poppy cultivation thrives in areas of conflict and instability.

These are areas where rule of law institutions are often very weak or absent, and where licit livelihood opportunities for the local populations are limited. Human insecurity is high in these areas, meaning a growing number of households slide into greater degrees of vulnerability, and engagement in poppy cultivation becomes, for many, a last resort to support their impoverished households.

What is at the root of the problem?

At the root of the problem are conflict and poverty. This is exacerbated by poor access for farmers to arable land, in many cases due to land confiscation schemes, and spiraling household debt as a result of farmers borrowing money from informal lenders at high rates of interest and being unable to meet the harsh repayment terms.

Why has the Myanmar government so far failed to effectively tackle the issue?

Unfortunately, cultivation has rebounded since then, reaching to nearly 60,000 hectares today. There are several reasons for this. Investment by the international community in counter-narcotic and alternative development programming in Myanmar has been low in the period since 2006.

Myanmar has no domestic chemical industry, but is located between two of the world's largest in China and India. Myanmar would not have a thriving domestic drug industry without massive amounts of precursor chemicals.

Acetic anhydride is the chemical necessary to transform opium into heroin, and ephedrine and pseudoephedrine are significant chemical components for the production of methamphetamine.

The smuggling of these chemicals into Myanmar from neighboring states is a significant enabler for the industrial scale illicit drug production found in the country. Furthermore, we can't ignore the role that some Shan-based ethnic armed groups and militias have in the proliferation of illicit drug production and trafficking in their areas of control. In point of fact, this is perhaps the single biggest obstacle to having an effective national response to drugs in Myanmar.

How much harm is the high number of drug addicts causing the country?

Perhaps we should focus instead on the harm caused by the paucity of HIV and drug use treatment services available for Myanmar's drug users. Morbidity and mortality among Myanmar's drug users are significantly higher than that of the general population.

Myanmar's drug users are at disproportionately higher risk of death from communicable diseases, such as HIV and TB, as well as overdose; yet have significantly lower rates of service coverage than do other vulnerable populations. Few have access to antiretroviral drugs to treat AIDS, or receive treatment for other maladies. Many are imprisoned, and most are heavily stigmatized.

Services to assist them in shaking their dependence are limited and weak. For example, Methadone is a great medicine to treat opiate dependence; however, there are only about 5,000 methadone treatment slots available in a country that has at least 150,000 opiate users.

As a result many who want treatment are forced to turn to other approaches, most of which are not medically recognized treatment options. Most are left to continue their drug use, a behavior that, in the absence of sufficient HIV harm reduction services targeting drug users, makes them increasingly vulnerable to HIV.

What more needs to be done to rid the country of the drug problem? 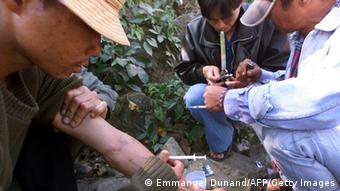 Technical and financial support is also required to Myanmar's Police Force in its reform efforts to improve its contribution to the national response to drugs; and, greater cooperation with neighboring states to improve intelligence sharing, and joint enforcement and interdiction measures related to illicit drug and precursor trafficking.

Jason Eligh is Myanmar country manager for the United Nations Office on Drugs and Crime (UNODC).