Over the past years Myanmar has instituted a set of economic reforms designed to boost growth. But economist Lex Rieffel tells DW little has changed, especially for the 70 percent of the population living in rural areas. 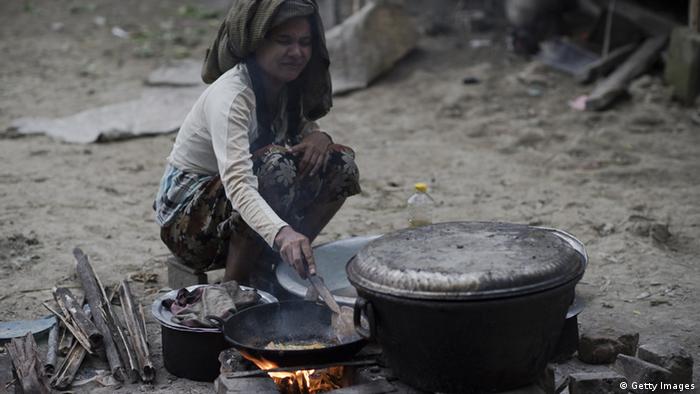 Decades of economic mismanagement under the former junta and years of sanctions by the West left Myanmar impoverished for years. But as the Southeast Asian nation, earlier known as Burma, began to emerge from military dictatorship in 2011, most Western embargoes were lifted in response to wide-ranging political and economic reforms introduced.

Over the past three years attempts by the quasi-civilian government led by former general Thein Sein to lure foreign investment, create jobs and improve infrastructure have generated excitement over the country's potential as Asia's next frontier market.

However, as Lex Rieffel, economist and Southeast Asia expert at the Brookings Institution, points out in a DW interview, one of the major shortcomings of the government has been to pay too much attention to foreign investors and not to focus enough on raising household incomes in the rural sector through agriculture policy reforms.

DW: Since coming to office, President Thein Sein has instituted a series of political and economic reforms after almost five decades of repressive army rule. How strong has the country's economic development been over the past three years? 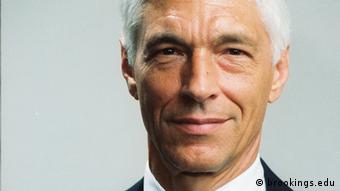 Rieffel: "Myanmar already offers foreign investors too much. The country should be doing much more to help domestic investors"

Lex Rieffel: Myanmar's economy has been transformed on the surface since the Thein Sein-led government took office in March 2011. Specifically, key sectors of the economy that were severely restricted have been liberalized and the government budget has become much more transparent.

However, under the surface, little has changed, especially for the 70 percent of the population that lives in rural areas. Focusing on the growth of the Gross Domestic Product (GDP) is not helpful in a country like Myanmar. To begin with, the statistical base for estimating GDP is seriously deficient.

Then, much of the measured GDP growth will be associated with the extraction of natural resources, without any compensating adjustment for the depletion of these resources. Furthermore, three years is too short a period of time to assess growth trends in a transition situation of the kind Myanmar is undergoing.

To what extent are the ordinary people benefiting from this growth?

How much progress has the government made in terms of implementing economic reforms?

German President Joachim Gauck says Myanmar's reform course must include more reconciliation for its ethnic minorities. In his presence, officials signed plans for 500 million euros in debt relief for Myanmar. (10.02.2014)

Considering the starting point, the government has made impressive progress in implementing reforms. In my view, the most important positive step by far was abandoning the country's fixed exchange rate system that had produced a grossly overvalued exchange rate and moving to a managed float system.

What are some of the shortcomings of the present reform process?

My unconventional view is that the major shortcoming of the Thein Sein-led government is giving too much attention to foreign aid agencies and foreign investors and other foreigners seeking access to policymakers, and not giving sufficient attention to ending the conflicts with the country's ethnic minorities and to raising household incomes in the rural sector through agriculture policy reforms.

According to the 2013 World Bank's "Doing Business" report, Myanmar is still among the worst countries in the world to do business, raking 182nd out of the 189 countries surveyed. On some indicators, such as the ease of starting a business and enforcing contracts, Myanmar even ranked below countries such Eritrea, Congo, Libya and South Sudan. In your view, what are the reasons behind this?

What can Myanmar offer potential foreign investors at the moment? 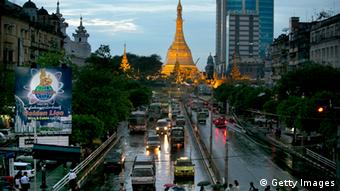 People in Myanmar's main cities are benefiting from the political and to a lesser degree from the economic liberalization, says Rieffel

What does the country need to do to keep on expanding its economy?

If you mean increasing the GDP growth rate, I believe that is a foolish economic policy objective. It is smarter in Myanmar's circumstances to focus on removing government obstacles to productive economic activity by its citizens without regard to the GDP growth rate that results from these efforts.

Lex Rieffel is a Southeast Asia expert at the Washington-based Brookings Institution. He is also a former US Treasury economist and senior executive at the Institute of International Finance.