The United Nations has warned that Iraq is on the verge of a renewed sectarian war, with May's death toll the highest since 2008. Tensions between minority Sunnis and majority Shiites have escalated. 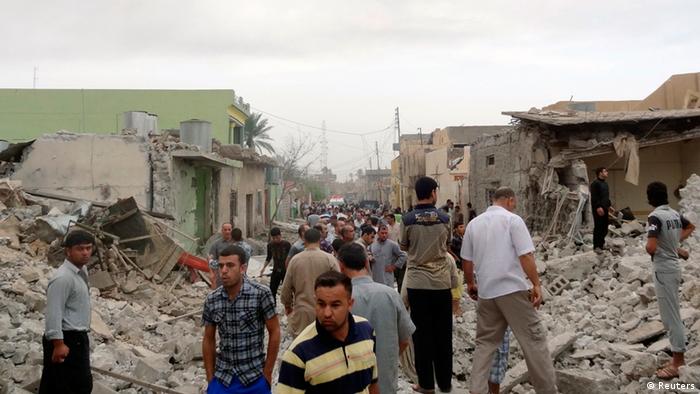 Terrorist attacks killed more than 1,000 people in Iraq last month, with bombings targeting civilians in mosques, markets, as well as funeral and wedding ceremonies. The UN figures published on Saturday also recorded 2,397 wounded in May.

Although the violence has largely targeted the Shiite community, attacks have increasingly taken the lives of Sunnis as well.

Violence in Iraq has escalated since April, with nearly 2,000 deaths over the course of the past two months.

"That is a sad record," Special Representative of the United Nations Secretary-General for Iraq Martin Kobler said. "Iraqi political leaders must act immediately to stop this intolerable bloodshed," the UN envoy added.

During the height of sectarian violence in 2006-2007, the monthly death toll in Iraq regularly topped 1,000.

Bloodshed then entered a downward trend which was attributed to a US troop surge and the cooperation of Sunni militias in the fight against al Qaeda in Iraq, among other factors.

But since the US troop withdrawal in December 2011, tensions between the Prime Minister Nuri al-Maliki's Shiite-led government and the Sunni minority have grown.

Sunnis, who ruled Iraq for virtually the entire 20th century until Saddam Hussein's 2003 ouster, accuse the government of discriminating against them.

Sunnis have been protesting against the government since December. In April, Iraqi security forces raided a Sunni protest camp in the northern town Hawija, leading to deadly violence.

On Thursday, UN Iraq envoy Kobler warned that "systemic violence is ready to explode at any moment."

There has also been concern that the civil war in neighboring Syria, which has taken on an increasingly sectarian character, could destabilize Iraq.