The United Nations' envoy to Syria has invited the country's groups to hold discussions on political transition and fighting terrorism. The roadmap to peace until now envisages a government without President Assad. 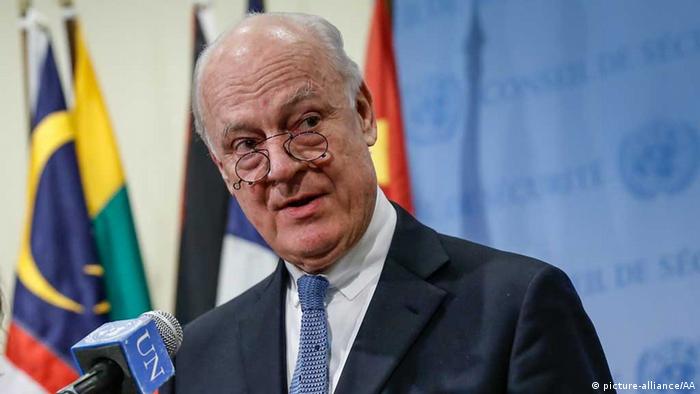 Staffan de Mistura (pictured above), the UN's special envoy to Syria, told the United Nations Security Council on Wednesday that political factions in the conflict-ridden country would take part in four UN-led working groups. These would discuss implementing a roadmap to peace, including safety and protection of citizens, constitutional issues, military and security, public institutions, reconstruction and development.

UN Secretary General Ban Ki-moon told Security Council members that the Syrian war, in which at least 250,000 people died, was "a shameful symbol of the international community's divisions and failure."

"The price of continuing the civil war is simply too high. In the name of humanity there is no alternative to the negotiating table," Ban said.

Banalso urged members of the UN body to endorse De Mistura's recommendations and urged them to "stem all flows of arms and foreign fighters pouring into the country" and "to stop using the country as a proxy battleground."

UN envoy De Mistura has been holding talks with over 200 Syrian and non-Syrian individuals in an attempt to find a solution to the conflict. 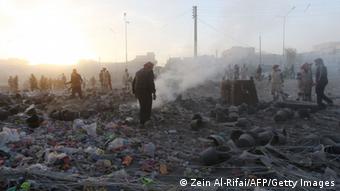 At least 250,000 people have perished in the Syrian conflict

On Wednesday, he said the roadmap to peace adopted in Geneva in June 2012 by world powers involved the formation of a transitional government with full executive powers. While Syria's opposition agreed to the plan, President Bashar Assad said it was unconstitutional.

A political solution, according to Mistura, was extremely essential given recent gains by the "Islamic State" (IS), the al-Qaida-linked Nusra Front and other parties which spoke of "fragmentation, radicalization and sectarianism."

De Mistura was now aiming to get Syrians to speak about the 2012 Geneva agreement and set the four UN working groups in motion. Syria's ambassador to the UN, Bashar Ja'afari, said his government would read the proposals. He also welcomed the UN's acknowledgement of the negative influence of some countries that were supporting "so-called foreign terrorist fighters" in Syria.

Countries already involved in the Syrian peace process include the US, whose Secretary of State John Kerry will visit Doha next week and speak to his Russian counterpart Sergei Lavrov. Russia, an ally of Damascus, is meanwhile trying to get the rebels as well as Saudi Arabia and Turkey to talk with the government and forge an alliance against Islamic State.

The Syrian conflict began after a government crackdown on a political uprising against President Assad in 2011. Groups opposing Assad have since then seized control over various parts of the country, as have IS jihadis, who seek to establish an Islamic caliphate.