The UN has asked the coalition led by Saudi Arabia to stop its strikes on airports in Yemen. The bombings hinder the delivery of aid and humanitarian personnel, the organization has said. 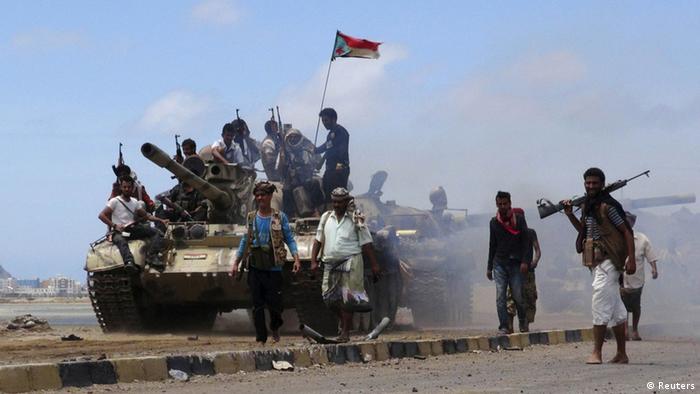 The United Nations condemned the Saudi-led coalition's airstrikes on Yemen's Sanaa airport on Monday, saying it hindered the travel of humanitarian aid workers.

The UN is preparing an airlift of workers from Djibouti to the Yemeni capital, but "no flights can take off or land while the runways are being repaired," said Johannes Van Der Kaauw, the UN Humanitarian Coordinator for Yemen.

"I strongly urge the coalition to stop targeting Sanaa international airport and to preserve this important lifeline - and all other airports and seaports - so that humanitarians can reach all those affected by the armed conflict in Yemen," the statement continued.

While the bombers continued to pummel the airport in the capital, a further 150 airstrikes targeted the one in the southern city of Aden, as well as to the west in Hodeida. The coalition led by Saudi Arabia backs troops loyal to exiled President Abed Rabbo Monsour Hadi, who are locked in fierce fighting with the rebel Houthis.

Witnesses and officials said the coalition also dropped weapons to tribes allied to Hadi's government on Monday, though newly appointed Saudi Foreign Minister Adel al-Jubeir said Riyadh was considering a ceasefire in order to deliver aid to civilians affected by the conflict.

"Saudi Arabia is consulting with members of the alliance…to find specific places to deliver humanitarian assistance, during which there will be a halt of all air operations," the official Saudi Press Agency quoted al-Jubeir as saying.

Saudi forces expanded their role on Sunday, sending "limited" ground troops, at least 20 soldiers, on a "reconnaissance" mission to Aden. At the same time, the coalition itself is expanding, with the Senegalese government confirming on Monday that they plan to send 2,100 troops to Saudi Arabia to help battle the Houthis.

More than 1,200 have been killed in the Yemen conflict, among them many civilians, according to UN Secretary-General Ban Ki-Moon.

Human Rights Watch has accused the Saudi-led coalition fighting Houthi rebels in Yemen of using cluster bombs in its airstrikes. The weapons are banned by most countries, as HRW's Yemen researcher Belkis Wille explains. (03.05.2015)