UN climate change envoy Mary Robinson has called the UK and Germany to account over their commitment to the terms of last year's global agreement in Paris. She has accused them of backtracking. 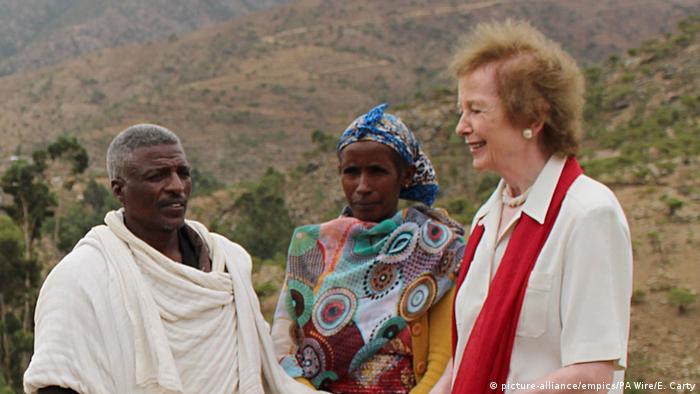 While Germany had taken some positive steps, it was sending mixed messages on climate change, UN envoy Robinson said on Monday. She accused Berlin and the UK, among others, of backtracking on the spirit of the Paris climate agreement by financing the fossil-fuel industry through subsidies.

"Germany says it's on track to end coal subsidies by 2018 but the German government is also introducing new mechanisms that provide payment to power companies for their ability to provide a constant supply of electricity, even if they are polluting forms, such as diesel and coal," Robinson told the UK Guardian newspaper, saying there was a need for a real commitment from Germany to get out of coal. 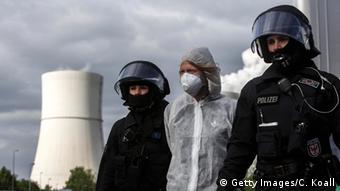 Robinson said that Germany had made some positive steps, such as aiding developing countries which were confronting climate change. "We want all countries to end [fossil fuel] subsidies," she said.

Robinson also directed comments towards the UK, where the new government of Theresa May has closed the Department of Energy and Climate Change.

"They've [the British government] introduced new tax breaks for oil and gas in 2015 that will cost the UK taxpayer billions between 2015 and 2020, and at the same time they've cut support for renewables and for energy efficiency," she told the Guardian. "It's regrettable. That's not in the spirit [of Paris]. In many ways, the UK was a real leader [on climate change] and hopefully the UK will become again a real leader. But it's not at the moment."

Pressure from The Elders

Robinson is also a member of a group of senior, international statesmen and women called "The Elders," founded by the late Nelson Mandela. Current members include former UN leader Kofi Annan, South African religious leader Desmond Tutu and US President Jimmy Carter. The group released a statement saying members had "major concerns" about action by leaders since the Paris agreement last December.

The Elders warned that climate action since Paris was insufficient: "What we are seeing so far this year does not convince us that leaders, especially of wealthy and large emitting countries, are acting in accordance with the vision they publicly embraced in Paris," The Elders said. "Without action to reduce carbon emissions and increase resilience, development cannot be sustainable."

"Some countries are even increasing subsidies to fossil fuel production. This is simply not good enough. While all countries need to act, the industrialized and wealthy countries must lead by example," The Elders said in their statement. The G7 commitment made in May to phase out "inefficient" fossil-fuel subsidies by 2025 was "too vague" they said.

Ahead of UN meetings on sustainable development this week in New York, The Elders called on world leaders to fill the $2.5 billion (2.26 billion euros) funding gap to help countries facing drought and a humanitarian crisis linked to the El Niño climate phenomenon.

The Elders called on the leaders of Belgium, Norway, Ireland, South Korea, Japan, Germany, France, The Netherlands, Denmark, Switzerland, Italy, Kuwait, the United Arab Emirates and Qatar in particular to "give generously," notwithstanding other pressures on aid budgets.

It noted that the current El Niño event was one of the strongest on record, causing over 60 million people worldwide to suffer from shortages of food and water, with Southern Africa experiencing its worst drought in 35 years.

The Elders also expressed concerns that the world's 10major gas emitters had not yet ratified the Paris agreement, which only comes into force after at least 55 countries representing at least 55 percent of global emissions have ratified the deal.

Environmentalists in Germany have drawn attention to the dangers of emissions from coal-fired power stations: