Over 60 million people are affected by the atmospheric phenomenon, the head of UN's humanitarian response agency said. But billions of euros are needed to stave off the deadly catastrophes caused by El Nino. 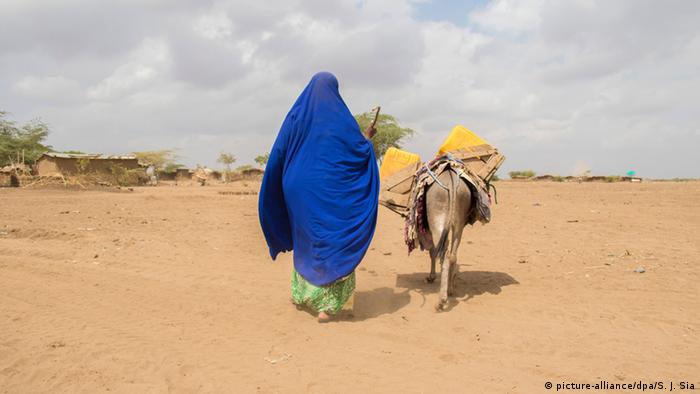 The United Nations Office for the Coordination of Humanitarian Affairs (OCHA) chief Stephen O'Brien on Tuesday called on governments, organizations and regional bodies to increase their efforts at tackling the ensuing crises from the atmospheric phenomenon known as "El Nino."

"The current El Nino is resulting in life-threatening weather extremes around the world, including Ethiopia's worst drought in 50 years," O'Brien said.

Malawi’s president has declared a state of national disaster over food shortages caused by erratic climate conditions. It is one of several African countries affected by El Nino.

"More than 60 million people of the world's poorest and most vulnerable have been affected by droughts, floods and other extreme weather events made more devastating by El Nino," the OCHA chief added.

At least eight countries in Africa and Central America have declared a national state of emergency, including Zimbabwe, Malawi and El Salvador.

In Ethiopia, more than 10 million people require food assistance, but the response from aid organizations has been lacking for the country most impacted by the atmospheric phenomenon.

According to the US National Oceanic and Atmospheric Administration (NOAA), El Nino "refers to the large-scale ocean-atmosphere climate interaction linked to a periodic warming in sea surface temperatures" in central areas of the Pacific Ocean.

"These deviations from normal surface temperatures can have large-scale impacts not only on ocean processes, but also on global weather and climate," the government agency states.