Worries about global funding are tempered by hopeful news about the search for improved treatment for sufferers as the UN AIDS Conference winds down in Washington on Friday. 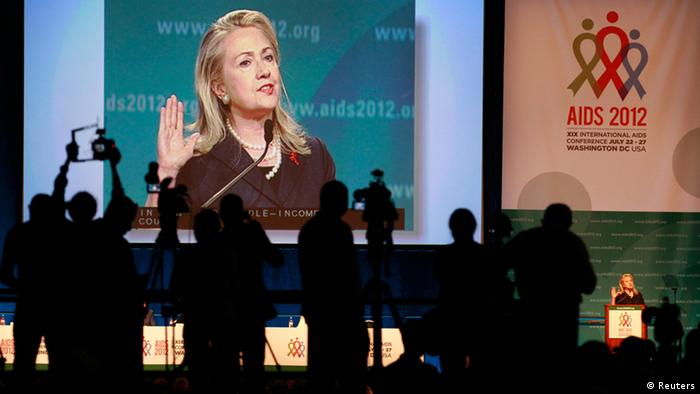 The world's largest financier in the fight against HIV/AIDS has announced comprehensive reforms that activists fear could cut support programs worldwide.

The Global Fund to Fight AIDS, Tuberculosis and Malarias has faced major funding shortfalls amid the global economic downturn.

The Fund's general manager, Gabriel Jaramillo, said reforms over the next five years aim to improve administration and strategic investment. "We want to reach those we haven't reached yet and those who are difficult to reach because of wars and other barriers," he told the Washington conference.

But the reforms have provoked alarm. There are fears of negative consequences for the world's 42 million refugees.

"If there is a reduction in funds from the Global Fund, we will all be in trouble. When the funds reduce, empathy reduces as well" said Nadine Cornier from the office of the UN High Commissioner for Refugees (UNHCR). 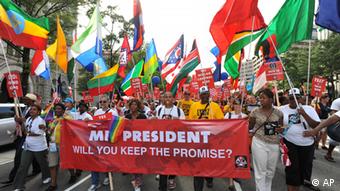 She was alluding to a link between refugees and the wider community. Joshua Mendelson from the London School of Hygiene and Tropical Medicine shared the findings of a study he had conducted comparing HIV/AIDS testing and therapy in refugee communities in the Malaysian capital Kuala Lumpur and Kakuma, a vast refugee camp in Kenya. He found a surprising level of equality in care between the refugee camps and the surrounding communities. In Kenya and elsewhere, it appears that the rural communities benefit from the clinics and infrastructure built for the camps.

Dr Christoph Benn is the Global Fund's director of resource mobilization and donor relations. He rejects allegations that the reforms will mean a worse deal for refugees.

Benn told DW's Africalink radio program the reforms would, if anything, strengthen work with "most at risk populations" because the Global Fund realizes that HIV infection rates and vulnerability were particularly high in certain groups such as migrants and displaced people.

"We have a particular channel which is called fund for most at risk populations where we set aside a certain amount of money that is particularly for these groups and that is not going to change with the ongoing reforms," he added.

Since 2002, the Global Fund has disbursed the lion's share of the funding for the fight against AIDS, tuberculosis and malaria. The donations come from governments as well as aid organizations and private donors. The Fund said in a press release this week it will invest up to $8 billion in grants to fight the three diseases in the coming 20 months, $5 billion in Africa.

Yet following the world financial crisis in 2008, the Fund has found itself struggling to raise donations so it can continue to provide services for 8 million people on antiretroviral therapy (ARV) and expand its coverage to reach all of the 34 million people living with HIV.

"We understand there are concerns that some people might be left out or that some spending will be scrapped. I don't think that will be the case," he said.

US Secretary of State Hilary Clinton has pledged new US funding for the fight against HIV and has urged emerging economies to increase their contributions to the Global Fund. China, Brazil and India have signalled they have no intention of doing so.

Scientists are talking about a cure

Antiretroviral drugs can prolong the lives of HIV sufferers and improve the quality of their lives, but they do not cure them of the disease. Not so long ago a cure for HIV would have seemed almost as far removed from serious science as anti-gravity machines. But there were a number of studies presented at the Washington conference that showed that researchers' perceptions are changing. 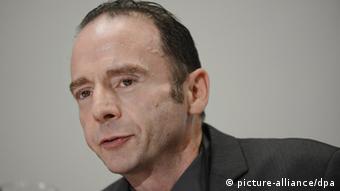 There is the now famous case of Timothy Brown. Six years ago, he was HIV-positive. During treatment for leukemia, he underwent a stem cell transplant in Berlin. A few years later, doctors could no longer find HIV in his body.

A different, more recent study, details of which are printed in the respected periodical Nature, describes how scientists in the US used a cancer drug to flush out HIV lurking dormant in trial patients' white blood cells. The ability of HIV to hide away in cells and be revived again poses a major obstacle for a cure. Being able to expose the virus in its hiding place would enable scientists to kill it.

"It is the beginning of work toward a cure for AIDS," David Margolis, co-author of the study, told AFP.

Margolis and fellow researchers warned that there could be possible side effects and underlined that this was merely an early indication of feasibility that had to be explored further.

A study into the efficacy of AIDS drugs in Africa has found that resistance is rising. The researchers want surveillance of drug resistance to be integrated into treatment programs. (26.07.2012)

"We still do not have the first AIDS-free generation"

"Zero new infections, zero deaths and zero discrimination" is the goal of a UN AIDS conference in Washington. Delegates want to "turn the tide" on the pandemic that has hit Africa particularly hard. (24.07.2012)

At an AIDS conference in Washington, delegates are looking at ways to combat HIV and AIDS. A mobile laboratory in rural South Africa is helping to fight the disease by giving people the chance to know their status. (23.07.2012)