Ultra-Orthodox women in Israel are ready for ′feminism′ | News and current affairs from Germany and around the world | DW | 07.03.2017

Feminism of a sort is on the rise in Israel's ultra-Orthodox society. As ever more women join the work force and earn higher qualifications, they are sowing seeds of change in their radically religious Jewish community. 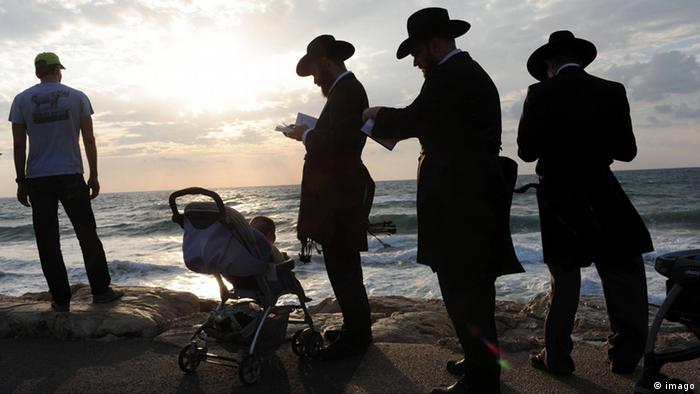 Twenty-three years ago, Rachel Fastag-Klein was one of the first ultra-Orthodox women to sign newspaper articles she'd written with her full name. Today she has a show on the main radio station serving Israel's Haredim, as the ultra-Orthodox are known here. A woman taking such a public role is almost unheard of in her world, but she wraps her breakthrough achievement in traditional terms.

"It's okay for my voice to be heard in public," she says. "It's singing in public, in front of men, that's forbidden."

After a public backlash over the catalog aimed at Orthodox Jews in Israel, the Swedish furniture giant has issued an apology. Ikea has previously come under fire for airbrushing women out of its Saudi Arabian catalog. (18.02.2017)

For the first time, a party fighting for the rights of ultra-Orthodox women is taking part in an Israeli election. Candidates have been greeted with hostility from other ultra-Orthodox Jews. Tania Krämer in Jerusalem. (16.03.2015)

The restrictive Haredi community makes up 11 percent of the Israeli population. It has significant influence on civil society at large. The two Haredi parties in the Knesset, Shas and United Torah Judaism, are both currently part of the governing coalition - and they don't allow women on their tickets. The list of repressive acts against women is long - in 2016, the High Court had to ban signs in an ultra-Orthodox neighborhood instructing women not to use the main, public street. Haredi rabbis discourage women from entering higher education. Women are expected not to drive; not even a third of Haredi women have a license, according to Dr. Lee Cahaner of the Israel Democracy Institute and co-author of a report on the ultra-Orthodox in Israeli society.

But ultra-Orthodox society is slowly undergoing a fundamental change. The birthrate - though still high at an average of almost seven children - is in decline for the first time in decades. In 2000 fewer than half of Haredi women worked outside the home. By 2015 that number had climbed to 78 percent, according to the report. While it was always accepted that the women took on the role of breadwinner so the men could dedicate themselves to religious studies, growing economic pressure has made more ultra-Orthodox Jews join the workforce, especially women.

Nowadays these women are being actively recruited by high-tech companies. They are even entering the academic world and earning degrees, reaching a higher level of education than the men. They are working in fields where they were previously absent, like fashion design or sports coaching, and founding organizations to deal with women's issues. Consequently, women have more contact with the outside world. And they're becoming more vocal, raising topics that were previously taboo in Haredi society.

Take Fastag-Klein, whose show is geared to female listeners - though men listen to it, too. She doesn't shy away from subjects like child abuse or violence in the home. "I just don't call it that. I wouldn't talk about rape, for example. I would say 'inappropriate incidents.' But everyone who is listening knows what I am talking about," she explains. For some female callers, Rachel Fastag-Klein's radio show is the only place they can turn to for advice.

Some, like Haredi mother of four Michal Zernowitzki, are even going into politics. "There are still no female decision-makers at all - neither at a national, nor at a local level - in any Haredi institutions. That needs to change," says Zernowitzki, who is a member of an ultra-Orthodox caucus in the Israeli Labor Party.

Recent years have seen the founding of a group called "Lo Nivcharot, Lo Bocharot" - women who refuse to vote unless they can also be elected - and even a tiny Haredi women's party that ran candidates in the last elections.

"A change is happening," Zernowitzki says, "Years ago, when I talked to Haredi women about politics, they wouldn't even listen. Now, they understand." 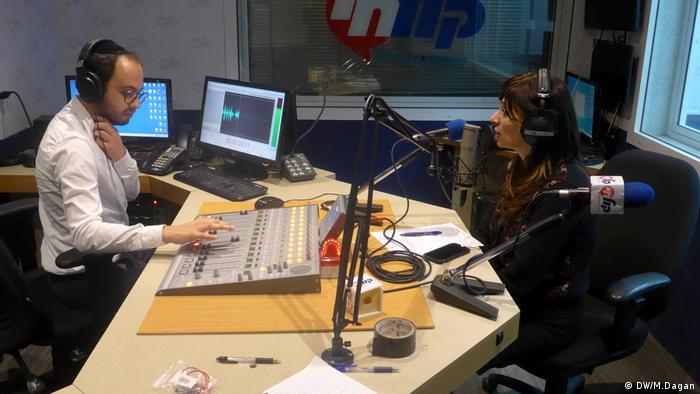 Ultra-Orthodox women like Fastag-Klein (right) sees it as her role to be breadwinner, mother and housewife

"But doubtless, in the past years we are seeing an awakening of Haredi women - there's a true cultural change," Haredi male journalist Eli Bitan told DW.

"We have a huge problem of gender inequality in Haredi society, but chauvinism is not a defining quality of being ultra-Orthodox. You can be very religious and still strive for equality."

That's what Haredi feminism is about.

According to Bitan, "Men have made the ultra-Orthodox women into what she is: a superwoman. They made her work, they made her do everything, so that they could focus on the Torah. Now, she has become more successful than he."

However, many Haredi women are walking a tightrope: opening up to change and challenging rabbinical male authority, on the one hand, and protecting values they themselves believe in, on the other. Most identify with the world they come from - what they see as the authentic form of Judaism - fully accepting their multiple roles of family breadwinner, mother of many children and housewife.

So does Rachel Fastag-Klein: "I have no conflict in my life, I feel whole. My husband - also a Haredi Jew - and all the people around me are supportive, even if some find what I do strange."

She feels that it's her calling to help other women through her show, but the limits of progress are clear: "Women praying at the Western Wall or sitting together with men in the synagogue - I could never accept that."