Ukrainian presidential adviser: Russia must be defeated before we sit down for talks | News | DW | 02.08.2022

Ukrainian presidential adviser: Russia must be defeated before we sit down for talks

Mykhailo Podolyak is a special adviser to the Ukrainian president. He spoke to DW about the war's progress and why his country will not consider negotiations with Russia right now. 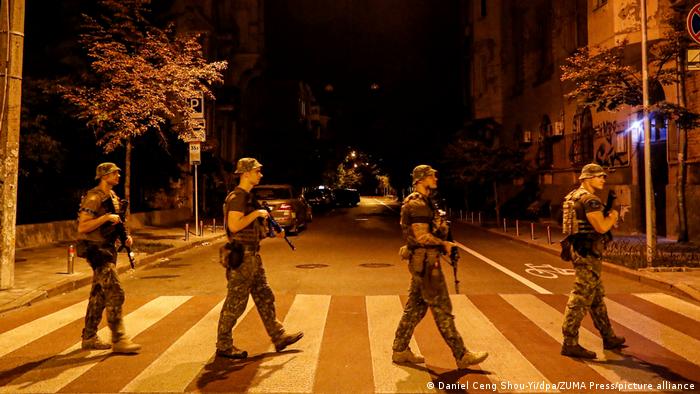 DW: Mr Podolyak, over five months ago, Russia invaded Ukraine. Are you feeling a sense of war fatigue, or observing it in Ukrainian society or in the military?

Mykhailo Podolyak: It is not right to speak of fatigue. We are at war, and there can be no fatigue. Russia's fundamental goal is to destroy Ukrainian statehood. It has failed to achieve this goal. Instead, it now has another objective: To conquer and destroy as many Ukrainian regions as possible.

War fatigue is an illusion propagated by journalists. Our society will go all the way [and do everything to achieve victory], because it knows what the consequences of defeat are. The European public will be with us until the very end too because they increasingly understand the risks if Russia remains as it is now — an aggressive, expansionist, chauvinistic state.

But the European public also fears a cold winter ahead if Russian gas supplies are cut off.

The European public is well aware of what war entails.  Still, they reject Russia's energy monopoly. This means they understand Russia is not a suitable partner. To break this dependence on Russian energy, certain challenges must be overcome, and Europe is willing to do this.

This war started because Russia went unpunished when it invaded the sovereign country of Georgia in 2008 and conquered parts of its territory. Russia was not punished either, when it annexed Crimea in 2014 and took over parts of Donetsk and Luhansk. Back then, one should have been more principled and abandoned the notion of Russia as part of Europe. Russia is not European. Today, the world has come to understand this, thanks to Ukraine, which is paying a steep price. 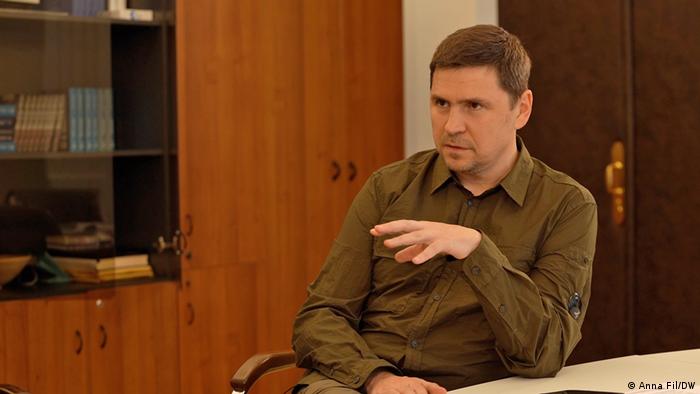 Let's discuss the dismissal of Ukraine's prosecutor heneral, Iryna Venediktova, and Security Service of Ukraine chief Ivan Bakanov. What explains the timing of their dismissal?

I don't think there is anything problematic about the dismissals. The public prosecutor's office is important for us because it documents all of Russia's crimes in Ukraine. This is a big task that must be done effectively and cannot be treated like a public relations show. Instead, this work should lay the groundwork for international trials.

There was a change in SBU leadership and in the regions too because the intelligence agency needs to work more aggressively. It needs to fight separatism. There is nothing conspiratorial about changing out managers in civilized society. It is simply about trying to find effective leaders.

Several weeks ago, Ukraine's President Volodymyr Zelenskyy announced a counter-offensive in the country's south. Could it prove successful?

Only the general staff and supreme command can provide details about this. I cannot say anything about when or in what sense an offensive or counter-offensive will be launched. But there will obviously be one. We can't just give up parts of Ukraine to Russia.

Does this mean the counter-offensive has not yet begun?

It is actually happening all the time. Russian forces are paying a steep price for every kilometer they advance into Ukrainian territory. This is good because it is wearing them down.

At the same time, we have also received the HIMARS [US-made High Mobility Artillery Rocket Systems], which have changed the course of the war, especially compared to the first two months of fighting.

Russian artillery hit many of our positions because their supply chains were still intact. Every day, Russia was firing up to 50,000 artillery rounds. Since we started deploying HIMARS, which can destroy Russian logistics hubs and munitions depots, Russian artillery fire has dropped to a fifth or sixth of the previous rate. If we can improve our long-range artillery and rocket launcher fire, Russia will leave our land faster.

The legendary Antonivka bridge in the Kherson region could be the next example. Once it is no longer passable, Russia will show yet another "gesture of goodwill" and leave Kherson.

Do you see any reason to resume negotiations with Russia if the balance of power is shifting the way you say it is?

No, there is no reason to do so. Russia lives in another world where it imagines itself a grand nation. In reality, Russia is a small, good-for-nothing country of limited intellectual potential. All it has are nuclear weapons, a vast arsenal of conventional arms and energy sources.

It knows only the language of ultimatums. It does not engage in the kind of negotiations typical in diplomacy. Russian Foreign Minister Sergey Lavrov says the goals of Russia's "special military operation" have changed. Now Russia supposedly not only claims the so-called people's republics as its own but also other Ukrainian territory. 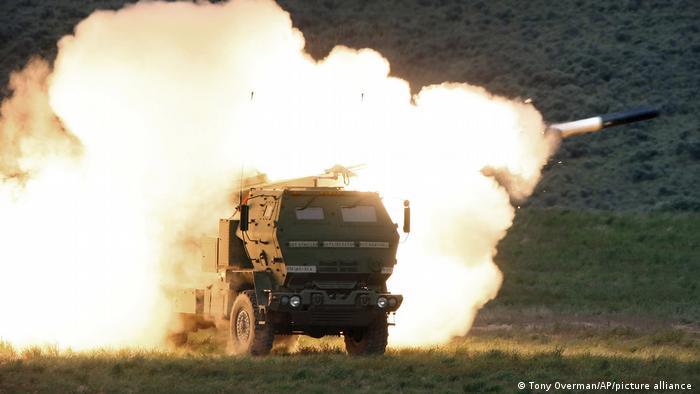 The US is providing Ukraine with up to 16 HIMARS

So under what conditions would Ukraine consider negotiating?

If the Ukrainian army achieved decisive, tactical victories in the south and east. This means taking Kherson, Berdyansk, gaining access to the Sea of Azov, retaking Mariupol. This is not about forcing Russia into a tactical retreat, but about destroying as much of its forces and equipment as possible. So that Russian society is forced to ask why it is paying such a serious human cost.

Russia must suffer a military defeat before we will consider sitting down for talks.

The interview was conducted in Ukrainian by Anna Fil on 21 July and published in a more detailed version in Ukrainian and Russian. Adapted from Ukrainian by Markian Ostapchuk, then translated from German.

Ukraine: Russia pulls back forces from Snake Island — as it happened

Russia claimed the move was a "goodwill gesture" to allow the export of Ukrainian agricultural products. Meanwhile, fighting intensified in Lysychansk, in the Donbas region. DW has the latest.

An EU probe into the August war between Russia and Georgia was formally launched Tuesday, Dec. 2, tasked with ascertaining the origins and unfolding of the conflict.

Russian officals say 3,000 people were forced from their homes following mutliple explosions at an ammunitions depot in Crimea. Moscow has called it an act of sabotage without naming the perpetrators.

Ukrainian forces are slowly advancing towards Russian-occupied Kherson. Civilians who fled the city are watching closely, hoping they might be able to return home soon. DW met one woman from Kherson, who fled with her family to the southern city of Odesa.