Two months ahead of election day, the veteran and controversial Ukrainian politician is making another bid for the presidency. She wants compensation from Russia over Crimea and the separatist conflict in the east. 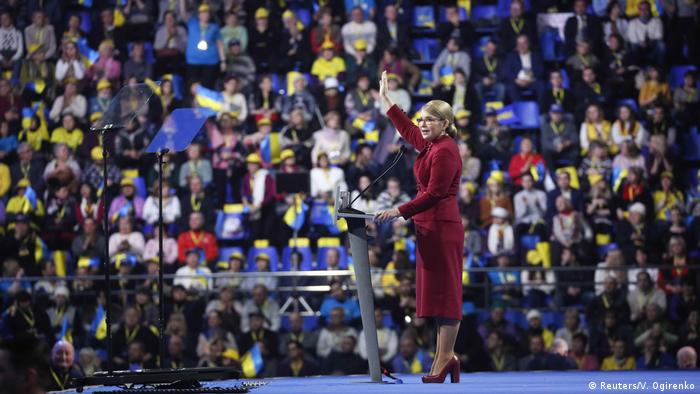 Since her rise to political prominence and international fame during the 2004 Orange Revolution, Tymoshenko has spent time in jail, as well as in government.

The 58-year-old was runner-up in the 2014 presidential race which she lost to current President Petro Poroshenko. Since then she has spent her time criticizing him. 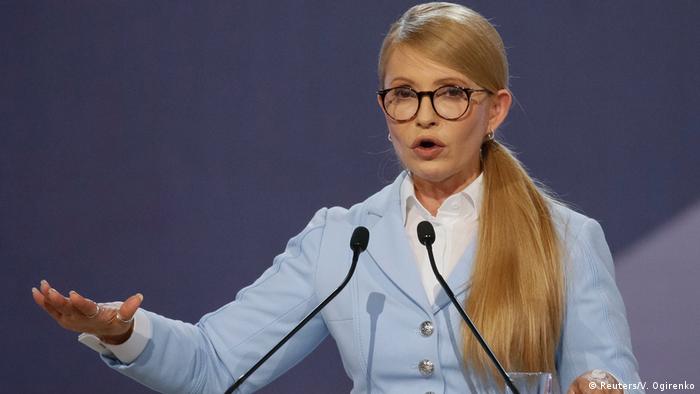 Yulia Tymoshenko giving a speech in 2018

Polls show Tymoshenko to be the front runner, albeit with just 16 percent support, ahead of Poroshenko's 13.8 percent. But she is a highly controversial figure in Ukrainian politics. There are concerns about possible ties to Russian President Vladimir Putin who once spoke favorably about her.

However, she said she wants compensation from Russia over Moscow's annexation of Crimea and the backing of separatist rebels in the eastern Ukraine. She has also spoken in favor of Ukraine joining the EU and NATO. 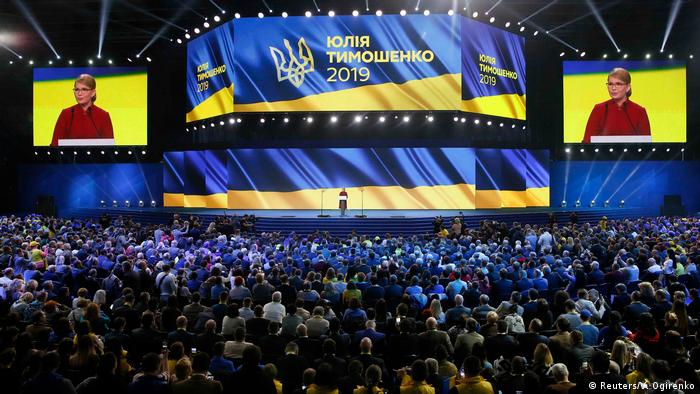 Tymoshenko announces her presidency bid to the Fatherland congress

Head of a Ukrainian gas utility in the 1990s, Tymoshenko was hired and fired as deputy prime minister during the 10-year presidency of Leonid Kuchma at the turn of the millennium.

She won and lost elections again, serving as prime minister for a further two years until 2010 when she faced a number of criminal cases. She placed second in the 2014 election with just over 12 percent of the vote.

"Today we are entering a new era — an era of success, of happiness, of enlightenment," she said. "Today we begin Ukraine's journey towards real and powerful greatness."