Ukraine's Wladimir Klitschko: 'We are prepared for anything'

Wladimir Klitschko: 'We are prepared for anything'

Ukraine is reckoning with a possible renewed Russian assault on its capital, Kyiv, despite the recent withdrawal of Moscow's troops from the surrounding area, according to Wladimir Klitschko, the brother of Kyiv Mayor Vitali Klitschko.

In an interview with DW, he said people were now returning to the city, but said great caution was needed.

"In the past days, you could tell that Kyiv is getting back to life, so to speak. You see more people on the streets as well as more cars on the roads," he said.

"But even though the city is getting back to life, we need to be really cautious about how many people are coming back to the city, to the capital, because we do believe that Russians will not be going anywhere, but will still be aiming at the capital," he added.

Ukrainians return to Kyiv in search for family and normalcy

Klitschko, who is a member of Ukraine's Territorial Defense Forces fighting the Russian invasion, said that "major battles" were expected in the coming days in the east and south of the country, but that the Ukrainian army was also prepared for a return of Russian troops to besiege the capital.

"We are prepared for anything, as we were for the past, in the worst case for attacks with chemical weapons," he said, adding: "Obviously, we need to have supplies and support from the free world and our allies and partners on the humanitarian side, military equipment" and the continuance of sanctions on Russia. 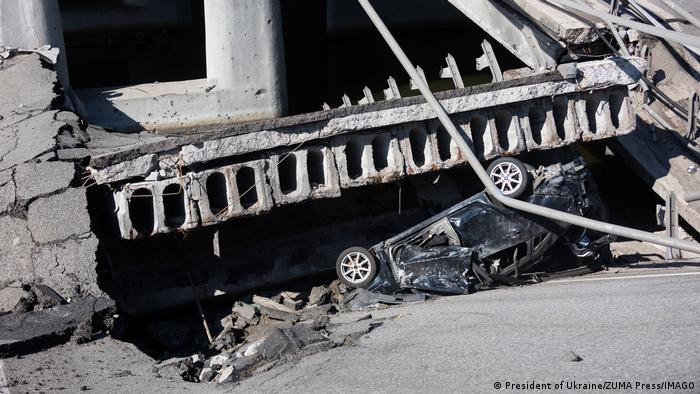 The Russian invasion has left behind untold devastation in Kyiv's surrounding area, such as in Bucha

Klitschko denied reports from the Russian side that the besieged southern port city of Mariupol had fallen, but said the situation there was dire.

"In fact, the city is still defended, and the defenders of the city are still in Mariupol," he said. "Russian troops have been trying to capture the city completely without success."

But, he added: "The situation is very critical in every aspect. I don't know how many thousands of civilians have been killed and how many are still in the city. It's very difficult to get exact numbers due to the situation, understandably. But the city is still fighting back."

"I'm proud of our country, women and men, for standing together against this senseless war and Russian aggression, especially in the city of Mariupol," he said. 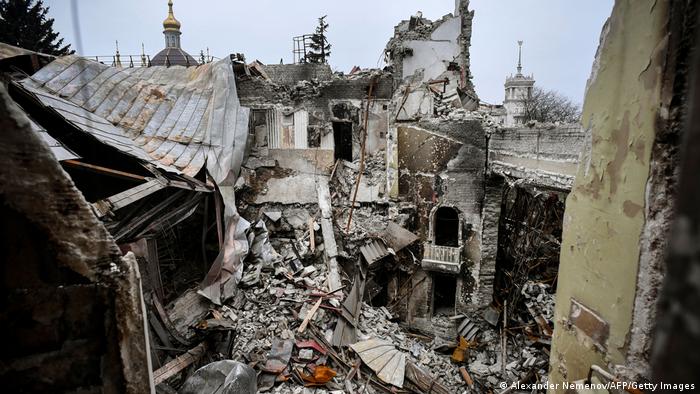 Mariupol has seen some of the worst fighting during Russia's invasion

Asked about the support Germany was giving to Ukraine, Klitschko said he had noticed a sense of unity in Germany with regard to the need to combat the Russian invasion, but that progress in some areas was slow.

"We are getting incredible support from Germans on the humanitarian side; there are a lot of refugees that have been taken in, in Germany," he said, while also mentioning Germany's involvement in sanctions against Moscow.

"The process is slow, but we are moving together against this aggression, and Germany is not an exception and stands together with Ukraine," he said.

DW also asked Klitschko about his feelings regarding German President Frank-Walter Steinmeier amid recent reports that the Kyiv government had rejected a visit by him in view of the friendly ties Steinmeier previously had with the Russian government, particularly as a former foreign minister.

Klitschko said he hoped Steinmeier would have a meeting with Ukrainian President Volodymyr Zelenskyy in the near future after the German president apologized for making errors in his approach to Russia. 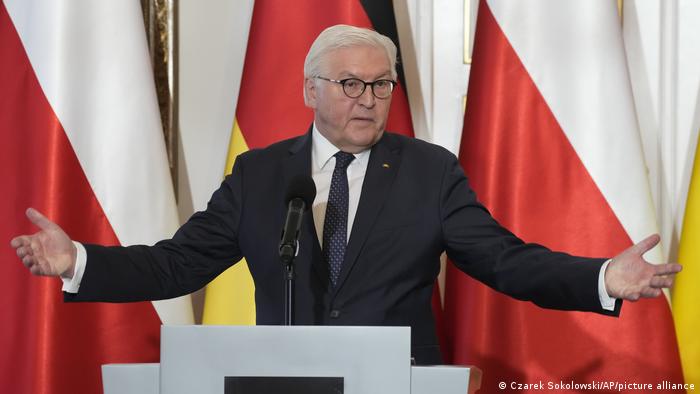 "President Steinmeier made huge mistakes in helping Russia become what it has today. He acknowledged his mistakes ... and made open statements against the aggression of Russia and President [Vladimir] Putin in particular," he said.

How divided is Germany over its support for Ukraine?

Wladimir Klitschko: 'We are prepared for anything'