Ukraine vote ushers in new constellation of power | Europe | News and current affairs from around the continent | DW | 30.10.2012 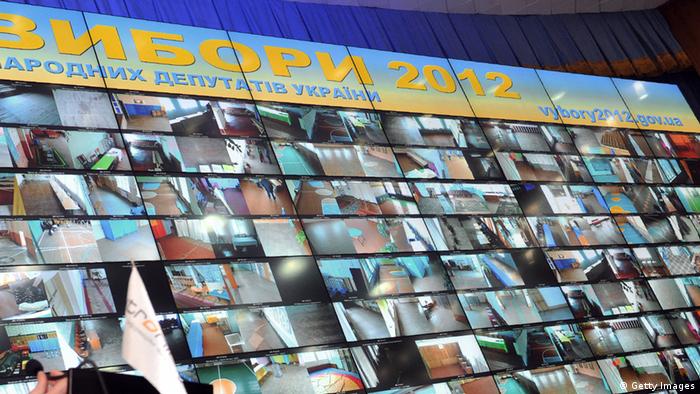 That communist and nationalist parties performed so well in the elections was the biggest surprise, experts said. The nationalist Svoboda (Freedom) Party, gaining 9 percent of the vote, made it into the parliament for the first time.

Stefan Meister, of the German Council on Foreign Relations, thinks populist and radical parties will continue to gain votes, due to the weakness of both oppositional parties and that of President Viktor Yanukovych's Party of Regions. "We'll experience a radicalization in Ukrainian politics," the Eastern Europe expert told DW. 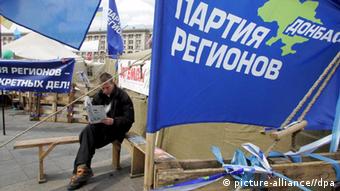 The Party of Regions could have to form a coalition

The Communist Party doubled its representation in parliament, with around 14 percent of the vote according to preliminary counts. Until now, the Communist Party has worked with the Party of Regions - which got the most votes from this election, at 33 percent.

Andreas Umland, a lecturer with the German Academic Exchange Service at the Mohyla Academy in Kyiv, said that many Party of Regions voters could have voted Communist. The Communists were much stronger in the 1990s, but lost votes to the Party of Regions after it formed, he said.

But now, people are disappointed with Yanukovych, from whom they had hoped more. "Voters have partially turned back to the Communist Party," Umland told DW.

Experts are offering varying views as to the chances for a new coalition. Umland thinks it's not clear what position the Communists will take, as they positioned themselves against the Party of Regions. That will make it difficult for them to re-enter a coalition, he said.

Meister, on the other hand, thinks a continuation of the coalition can be counted on - in the end, it's all about getting a majority, he thinks. 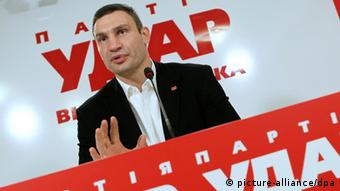 The moderate "United Opposition" was unable to transform the rising dissatisfaction with Yanukovych into votes. The alliance of imprisoned ex-Prime Minister Yulia Tymoshenko received about 23 percent of the vote.

Meister thinks this is due to the weakness of the opposition, along with their lack of credibility.

Vitali Klitschko's oppositional Ukrainian Democratic Alliance for Reform (UDAR), with about 13 percent of the vote, will also sit in the parliament for the first time. Together with the Svoboda Party, oppositional parties will command a large number of seats in parliament.

But Susan Steward, an expert at the German Institute for International and Security Affairs, thinks oppositional powers won't be displaying strength and unity after the vote.

Steward is expecting a fragmentation of opposition in parliament. Indeed, the United Opposition and Svoboda would have already come together, and the success of boxing champion Klitschko's UDAR will make unity even more difficult.

"It's not even clear if it will be possible to bring these three forces together in parliament," said Steward, who works in Berlin. She sees clashing personal ambitions, and thinks positions on certain issues are too different for coalescence.

Meister indicated that Klitschko has already distanced himself from Svoboda. But he does hope that UDAR will get closer to the moderate opposition - although it will take more than being against Yanukovych.

"To offer alternatives to the Party of Regions, that would be the right way," Meister said. 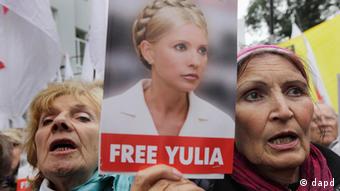 Julia Tymoshenko has been imprisoned for more than a year

The rise of more radical parties in Ukraine could have an effect on the country's relationship to the European Union. Umland emphasized that the Communists and Svoboda are not for EU accession.

Yet nationalist parties such as Svoboda are not unusual in Europe, he said. The presence of Svoboda or the Communists shouldn't present a problem for integration of Ukraine into Europe, Umland added.

The main hurdle for Ukraine getting into the EU would be Yanukovych's policies, Umland thinks. Steps such as signing a treaty of association don't depend on voters, he pointed out.

But the EU is asking for release of former government members Tymoshenko and ally Juri Lutzenko, Umland clarified. Beyond this, the justice system would have to be reformed to prevent further political meddling, he added.

Meister offered the criticism that the EU is rather one-sidedly set on the opposition winning. "I think it's a mistake to fixate on Tymoshenko as a person. They've driven into a cul-de-sac," he said.

Since both Ukraine and the EU have an interest in a treaty of association, they will both have to find a way out - without losing too much face, Meister said. "Ukraine will have to show willingness to compromise, as will the EU," Meister concluded.

Ukraine's ruling party has claimed victory in this weekend's election. The opposition held its own, including the party of boxing champion Vitali Klitschko. However, there are doubts the election was free and fair. (29.10.2012)

Ukraine's opposition had hoped that the parliamentary election would bring change. But that's not on the horizon. The political split is even more pronounced and radical parties have benefitted, says DW's Bernd Johann. (29.10.2012)

Voters in Ukraine headed to the polls on Sunday. But with opposition leader Yulia Tymoshenko and other critics of President Viktor Yanukovych still in prison, observers warned that the vote could be undemocratic. (28.10.2012)