A group of people in western Ukraine has allegedly tried to sell uranium to an unknown client, security officials said. The news comes amid media speculation about rebels' capability to develop a "dirty bomb." 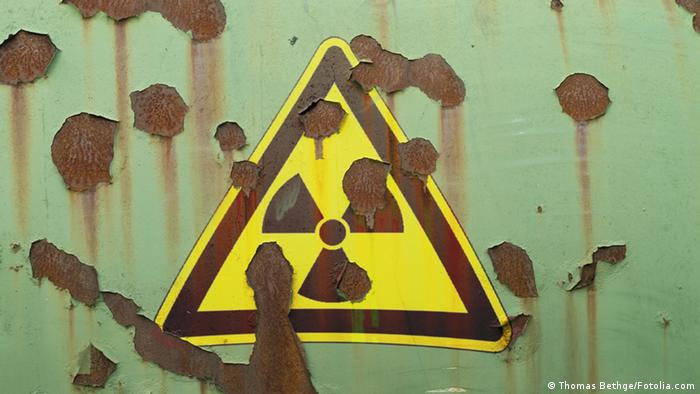 Authorities seized the small amount of radioactive material on Wednesday, according to the Ukrainian State Security Service (SBU). The raid took place in Ivano-Frankivsk region, which is in western Ukraine and untouched by fighting in the country's eastern regions.

"Four members of a criminal group that was trying to sell the nuclear material were detained with the evidence on hand," the SBU said in a statement.

"According to preliminary information, the nuclear matter was uranium-238," the statement added, stressing that the officials immediately reported the incident to Ukrainian President Petro Poroshenko.

Ukrainian nuclear experts are now inspecting the substance. The buyer was not immediately known, according to the SBU.

Uranium-238 isotope is often found in nature and used in fertilizers. Although the material is not fissile, it could still be used for making nuclear weapons.

Ukraine returned the Soviet-era nuclear arsenal to Russia after obtaining independence, but the country still has many nuclear storage facilities and old disposal sites.

Kyiv has been fighting pro-Russian rebels in the east since last year, with both sides accusing each other for wartime atrocities. Ukrainian media has repeatedly speculated on rebels' capacity to create a so-called "dirty bomb," a nuclear weapon that could contaminate a large area with lethal radiation.