Ukraine revolution ′exhausted and disoriented′ | Europe | News and current affairs from around the continent | DW | 17.02.2014 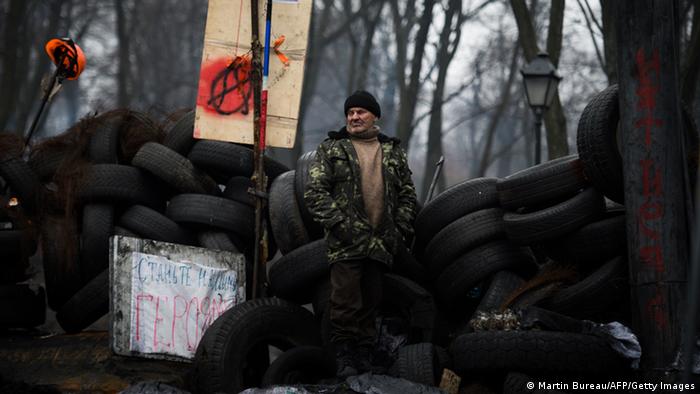 DW: While on assignment for DW in Kyiv, you spoke with many Ukrainians. What was your impression of the situation in the city?

Yuri Rescheto: It's very contradictory. One the one hand, I experienced a Kyiv filled with a romantic revolutionary feeling. It's a city where there's seemingly only one issue and a single demand: President Yanukovych must go. But then there's the riddle of how things should proceed on Independence Square and in the rest of the country. Many people are disappointed with the opposition.

On the other hand, when you leave Independence Square, you gain a very different picture of the city. You see a beautiful, young, pulsating city where people are working, eating in restaurants or going to the movies for Valentine's Day - as if there were no revolution or barricades at all..

I spoke with people at Independence Square who have been camped out there for two-and-a-half months now - they sometimes seem completely disoriented. The situation appears to be stagnating. I saw exhausted faces once the masks were taken off. To explain - many people wear masks so that they won't be recognized by the secret police. The protesters risk a 15-year prison sentence for their activities. Others who didn't disguise themselves now say, "Why would we want to go back? We've already been registered and scanned - the authorities know our faces. We have no choice, we have to stand our ground until the end."

Continue protesting, even when the future is uncertain. How do the skeptics see the demonstrations?

Some people in Kyiv say that the revolution doesn't make sense because they are leading a comfortable life, thanks to their good income, and don't see a need for reform. Or because they experienced other revolutions, like in the 90s, and they fear that their country will never align with Europe. The leadership is perceived by them as being corrupt in general, regardless of who is in power.

Vitali Klitschko, one of the main opposition figures, is very popular in the West, above all in Germany. How is he perceived in Ukraine? 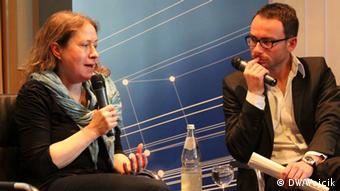 Klitschko's party has no influence in parliament because it's very small. In contrast to his image in the West, he is not popular and he doesn't have any weight or a real platform. He's one of the opposition leaders, but they are rarely seen in public these days. They are not present on Independence Square, or in the media. Furthermore, there are also completely contradictory directions within the opposition. The people don't know who they should follow. But Ukrainians want to have a leader. Through 70 years of Soviet indoctrination, their understanding of democracy has suffered tremendously.

Critics accuse Klitschko of hesitating and having no direction. Is that the case?

The entire revolution is directionless right now. That's not just Klitschko's problem; it's the problem of the entire uprising. The people are exhausted - they don't know where to go from here but they know there's no going back. They want democracy and freedom but they don't know what the next step is. And Klitschko can't give them the answer, even if he was on Independence Square at a decisive moment. Another problem is the opposition leaders have gone into hiding.

Yanukovych has also run for cover. At the moment nobody knows if it's the calm before the storm. That would be the worst case scenario - that Independence Square would be cleared with force and blood would be spilled. Or are there negotiations going on that we know nothing about? The people have had enough of the uncertainty.

I think that Yanukovych is trying to buy time with the calculation that the people on Independence Square will eventually become completely exhausted and go home. He's going to sit it out. Right now, he's pursuing a policy of small concessions, like the release of detainees. But he will cling to power using every means at his disposal.

The opposition leaders Klitschko and Aresni Yatsenyuk are slated to meet Chancellor Angela Merkel in the next few days. How much involvement do the protesters want from abroad?

I've spoken with a lot of people on Independence Square - intellectuals, normal people, women in mink coats. All of them reject more involvement by the EU and US. They want to move their country forward on their own. A Ukrainian rabbi said: "We don't want to move toward Europe, we are in Europe." That means that Ukraine should be European, but that Europe shouldn't tell Ukraine where to steer itself.

Ukrainian activist Dmytro Bulatov, visiting Berlin, has reiterated an opposition call that President Viktor Yanukovych quit. Bulatov said his own disappearance in January was carried out by 'professional' torturers.

Ukrainians' protests against their government have continued for months. The opposition in Minsk is looking on with its fingers crossed that a similar movement might emerge in Belarus. (15.02.2014)

With the US Congress reportedly preparing sanctions against Ukrainian leaders, Moscow has warned Washington to get out of the crisis in Kyiv. Has Ukraine become a proxy battleground between Russia and the West? (11.02.2014)