A top aide to Ukrainian President Volodymyr Zelenskyy was shot at in an attempted assassination that left his car's driver wounded, Ukrainian police have said. Russia has denied having a role in the attack. 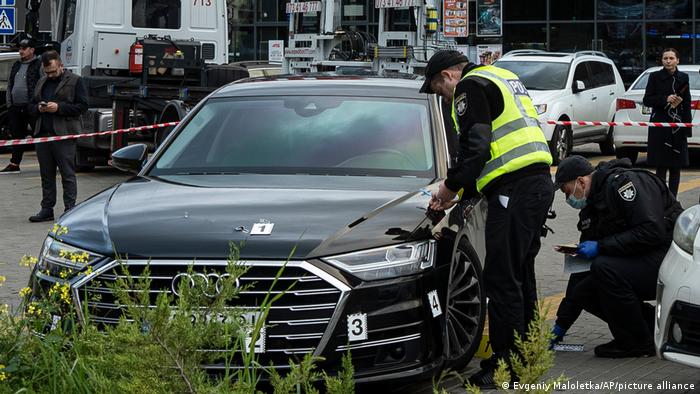 The driver of the vehicle was seriously wounded in the attack, the country's interior minister said.

More than 10 bullets hit the car near the village of Lesnyky outside the capital city of Kyiv, a police statement said. Authorities have opened a criminal case on suspicion of attempted murder. 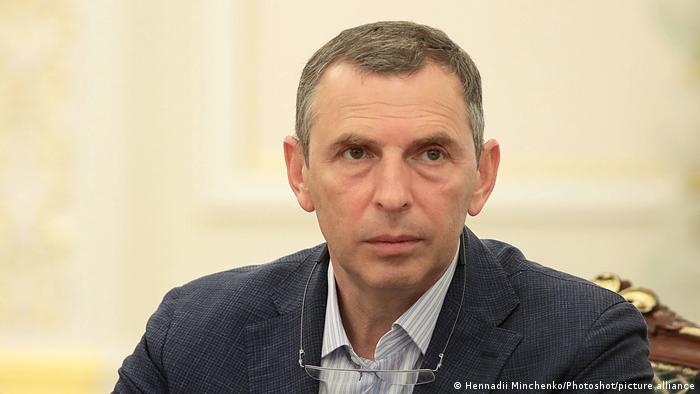 Serhiy Shefir was not injured in the attack

A lawmaker told Reuters news agency that the aide, Serhiy Shefir, was not hurt. Shefir leads a group of advisers close to the president, who is currently in New York for the UN General Assembly. 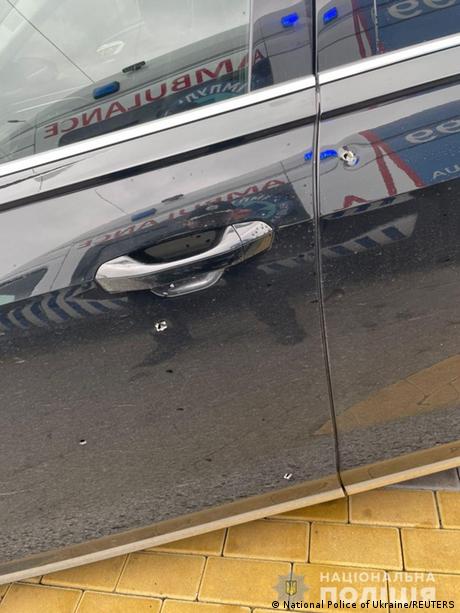 What was the motive for attack?

Zelenskyy came to power on the promise of taking on Ukraine's oligarchs. Mykhailo Podolyak, another adviser to the president, said the attempted murder could be a result of this.

The Ukrainian parliament this week is due to debate a presidential law directed at reducing the influence of oligarchs.

"[The shooting] does not affect the strength of our team, the course that I have chosen with my team — to change, to clean up our economy, to fight crime and large influential financial groups," Zelenskyy said. "This does not affect that. On the contrary, because the Ukrainian people have given me a mandate for changes."

Serhiy Shefir said he believed the attack was designed to frighten the Ukrainian leadership. "I have not conducted any cases that would have caused aggression. I think this is intimidation," Shefir told a joint news briefing with police and Interior Minister Denys Monastyrsky. "I think this won't frighten the president," he added.

Who is responsible for the attack?

The president said he did not know what was behind the attack, but said there would be a "strong response."

"Who is behind this, frankly, I do not know. What are these powers? Could be internal, maybe external," he said in a televised statement. "Saying 'hello' to me with shots from the forest at my friend's car is a weakness."

The head of his political party was quick to indicate the possibility of a Russian role.

"A Russian trace should not be absolutely ruled out. We know their ability toorganize terrorist attacks in different countries," Oleksandr Korniienko said.

For its part, the Kremlin denied having a role in the attempted assassination.