President Volodymyr Zelenskyy told journalists that Kyiv had information about a coup plot involving people in Ukraine and Russia and seeking to supplant him with a media oligarch. However he offered few details. 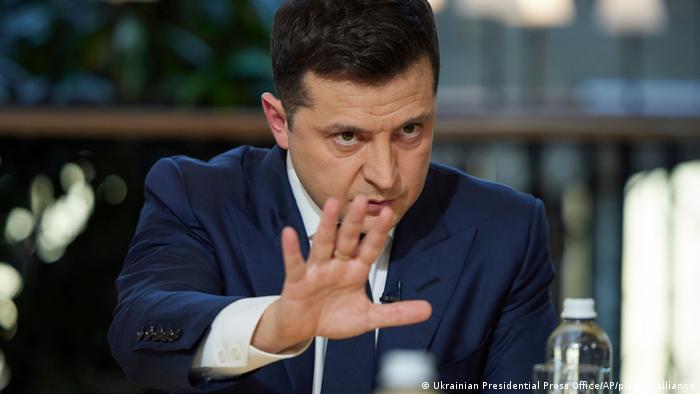 Ukrainian President Volodymyr Zelenskyy on Friday said that Ukraine had uncovered a plot for an attempted coup, which he said was planned for December 1.

Zelenskyy told reporters that authorities had "not only intelligence, but also audio recordings" in which people from Russia and representatives of a media oligarch were planning an attempted coup.

The Ukrainian president did not directly accuse the Russian government of involvement, and he also said it was possible that businessman and former parliamentarian Rinat Akhmetov was unaware of the discussions. He said that he would invite Akhmetov to listen to the recordings. The media oligarch and owner of football club Shakhtar Donetsk in the wartorn east of Ukraine is a former member of the Party of Regions of former President Viktor Yanukovych, and is still thought to have close ties to the party.

Zelenskyy made the comments during a lengthy press conference with select media marking the mid-way point of his term as president. Journalists who were not invited staged a small protest outside.

Russia says it was not involved

Kremlin spokesman Dmitry Peskov dismissed Zelenskyy's comments, with news agency Interfax quoting him as saying, "Russia had no plans to take part. And Russia never gets involved in such affairs."

Akhmetov is seen as an opponent of a recently-passed law in Ukraine designed to limit the political influence of the country's wealthy elite. Since the law passed, Zelenskyy has faced staunch criticism on the oligarch's television channels. The president complained during the media briefing that he had few friends in domestic media at present owing to his anti-corruption efforts. 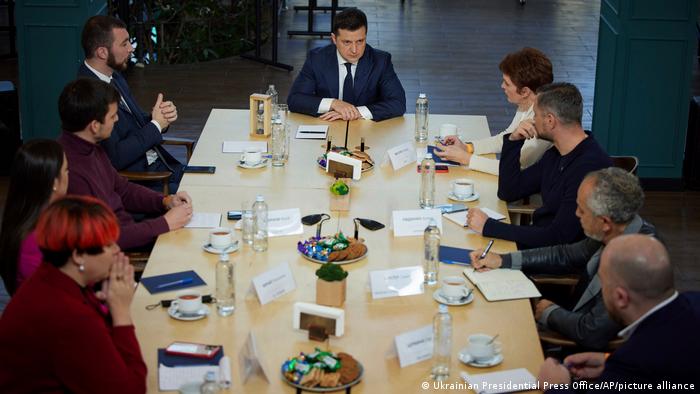 When asked to clarify whether he had indications of Russian state involvement, Zelenskyy said he could not comment further

The conflict in eastern Ukraine has come into renewed focus in recent weeks, amid Western warnings of Russian military activity near Ukraine's border. As earlier this year, amid similar warnings, Russia has dismissed the concerns as "hysteria," saying troop movements on its own territory are its own business and no cause for alarm.

Both Ukraine and Russia have been staging military exercises this week.

"We are in full control of our borders and are fully prepared for any escalation," Zelenskyy said on Friday. "We need to depend on ourselves, on our own army. It is powerful."

The conflict in eastern Ukraine with Russian-backed separatists began in early 2014, around the same time that Russia annexed Crimea, and has claimed more than 13,000 lives.

The US embassy said it was "deeply concerned" that Bulgaria's reelected president said Crimea was "currently Russian." In a statement, the embassy said the EU and NATO "have all been clear" that "Crimea is Ukraine."