The management of a Ukrainian art museum on Saturday, Nov. 8, refused to return to Germany dozens of paintings brought to the Soviet Union as a result of World War II. 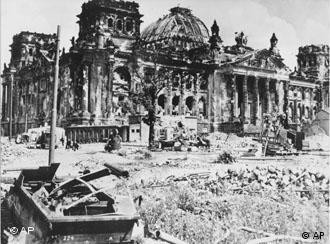 As the Red Army swept across Germany to Berlin, artworks went missing on the way

The art works, reportedly mostly by Western European artists, had been transferred from Aachen to the German city of Meissen for safekeeping in 1942 and had been thought to have been lost or destroyed during the later Allied invasion of Germany.

According to the tourist, one painting featured an image of the inner court of Nuremberg's St. Lorenz Church and a still-legible German inscription on the frame identifying the work as part of the Aachen collection.

Meissen was in the Soviet zone of control during Allied occupation of Germany.

"It is explicit, here (in the Simferopol museum) are on display 87 paintings from Aachen's Suermondt-Ludwig Museum," said Philip Becker, curator of the museum's current "Schattengalerie" exhibition.

Text descriptions accompanying the exhibition in Ukraine gave the impression that the current ownership of the paintings had been resolved on the government level.

Becker said he was surprised to find out about the location of the art works a year after the Ukrainian exhibit began.

"The most important this is to know where the paintings are, that they exist and that they are in good condition," Becker said.

Simferopol's spokeswoman told reporters the museum had no intention of returning the paintings.

The Ukranian museum's management reportedly justified its intention not to give up the paintings, citing a Ukrainian law giving people or organizations having suffered property damage during the German invasion of the Soviet Union during WWII legal title to German property captured by Red Army troops in later stages of the war.

Germany Worried About Losing Out in Looted Art Row

Germany has been trying for years to repatriate art looted by the Soviets during World War II. Its museums are now worried that a new directive from Russia's culture ministry will make it tougher to track down the works. (16.08.2007)