Jewish-owned art seized by the Nazis from 1933 onwards is featured at a new exhibition at the Jewish Museum in Berlin. Meanwhile, Germany's culture minister has called for the "fair" return of Jewish art. 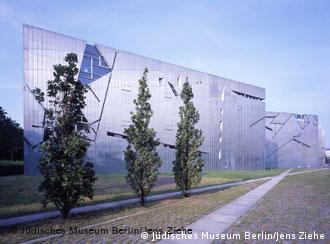 Opening on Friday, Sept. 19, the exhibition consists of 15 artworks along with documents describing their seizure or forced sale, later changes in ownership and ultimate restitution.

Valuable porcelain and book collections from Dresden's intellectual von Klemperer family are included in the show. The Gestapo confiscated the family's collection in 1938, placing it in Dresden's municipal art collection and the Saxony state library.

Before the Second World War, Nazi Germany made it illegal for Jews to own art treasures, forcing them to sell them. Later during the Holocaust, Jewish property throughout eastern Europe was seized by Nazi officials.

Exhibition organizers said Thursday that many of the confiscated paintings and other treasures had still not been recovered by the lawful heirs of the original owners.

Michael Blumenthal, director of the museum, charged that German art collectors, dealers and museums had all profited by being able to purchase art at reduced prices.

He praised Germany's current efforts to give back the art, but said he was disappointed that heirs had no absolute legal right to reclaim the artworks.

At a ceremony on Thursday evening, Minister of Culture Bernd Neumann called for "fair and just" solutions in returning the work stolen by Nazi officials.

"More than 60 years after the war's end, Germany is unrestrained in its moral responsibility for the restitution of art looted by the Nazis," he said.

Archive of Nazi Documents Finally Opens Its Doors to the Public

An archive storing files on those persecuted and killed by the Nazis officially opened in the German town of Bad Arolsen on Wednesday, April 30. (30.04.2008)

Holocaust survivor Frank Meisler was 10 when he fled the Nazis in 1939. After the war he became a successful architect and sculptor and is bringing his art, dedicated to war-time children, back to Germany. (24.08.2008)