The BBC is facing a loss of billions in financing as the UK government plans to freeze the license fee. The decision has been accused of being ideologically motivated. 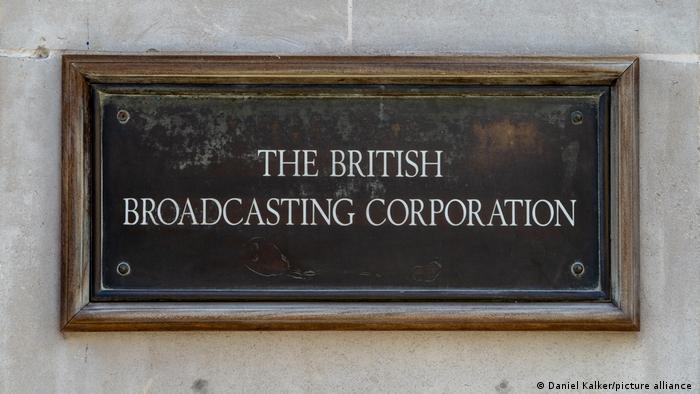 The British public broadcaster BBC is facing an uncertain future after a decision by the British government to freeze the fees that pay for it, according to a report by the British newspaper the Mail on Sunday.

The decision by the Culture Secretary Nadine Dorries to freeze license-payer fees for two years could leave the BBC in need of some £2 billion (€2.4 billion, $2.74 billion) due to an inflation rate of over 5%.

Subsequent fee increases may be set below levels of inflation, meaning that the funding gap for the broadcaster could end up even higher.

Dorries wrote on Twitter: "This licence fee announcement will be the last."

The loss of finances will likely prove to be a blow to the BBC's on-air services as the broadcaster competes with privately funded channels as well as streaming giants such as Netflix.

Negotiations between the public broadcaster and the government over the increase to the TV license — currently £159 paid per household per year — began in November.

Prime Minister Boris Johnson's government has previously railed against the fee for public broadcasting and has suggested reforming the way that the BBC is funded.

"The prime minister and the culture secretary seem hell-bent on attacking this great British institution because they don't like its journalism," said Lucy Powell, Labour lawmaker and culture policy chief.

Conservatives' conflict with the BBC

The Mail on Sunday said that the BBC had been at loggerheads with the conservative government over a perceived left-wing bias.

A particular area of contention has been the issue of Brexit, the BBC's coverage of which has been seen by pro-Brexit parties as overly critical.

A conservative lawmaker last week accused the BBC of orchestrating a "coup attempt" through its reporting on the various parties hosted at the prime minister's residence on Downing Street during lockdown.