One person has died and another was injured after a taxi exploded outside the Liverpool Women's Hospital, authorities said. Police arrested three men in connection with the blast, although the cause remains unclear. 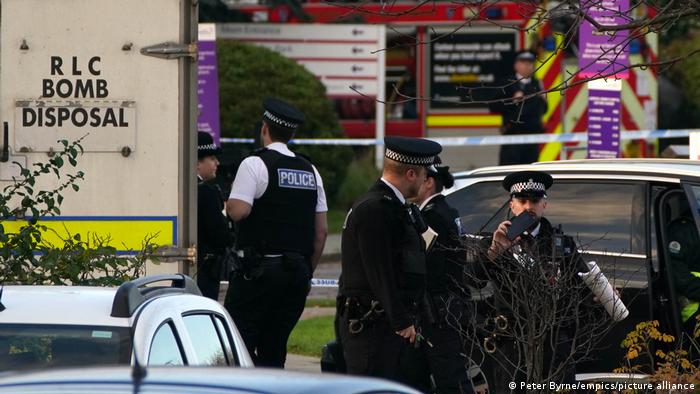 A car exploded outside a hospital in the British city of Liverpool on Sunday, killing at least one person.

While the cause of the incident remains unclear, local police said that counterterrorism officers are currently in charge of the investigation.

"We are keeping an open mind as to what caused the explosion but given how it has happened, out of caution, Counter Terrorism Police are leading the investigation," Merseyside county police said in a statement.

The explosion took place outside the Liverpool Women's Hospital shortly before 11:00 a.m. GMT.

One person was killed and another person was injured as a result of the blast, but did not suffer life-threatening injuries. No further information on the victims was immediately available.

The vehicle involved was a taxi cab, which exploded shortly after pulling up to the hospital, police said.

Prior to the arrests, armed officers had surrounded homes in two areas and cordoned off several streets, The Liverpool Echo newspaper reported.

"Work is still going on to establish what has happened, and could take some time before we are in a position to confirm anything," authorities said in a statement.

A bomb disposal squad was called to the scene after the explosion, and a helicopter was spotted circling the area.

British reporters and locals shared pictures of the burning vehicle taken from inside the hospital.

The Liverpool Echo also shared a video taken shortly after the explosion showing a plume of dark smoke. Several loud bangs can also be heard.

What have officials said?

British Prime Minister Boris Johnson wrote on Twitter that his "thoughts are with all those affected by the awful incident in Liverpool."

The Liverpool Women's Hospital said it has limited visitor access "until further notice" and that they have diverted some patients.

They thanked staff members for their cooperation, particularly the ones who were on the scene at the time of the explosion.

"We will be ensuring that anyone affected by this has the appropriate support in place," hospital officials said.

Liverpool Mayor Joanne Anderson called the explosion "unsettling and upsetting" in a post on Twitter — thanking emergency crews for their "swift response."

The Liverpool Women's Hospital specializes in women's health, maternity care and treating genetic conditions. The hospital is "the largest women's hospital of its kind in Europe," according to the NHS. The hospital performs around 10,000 gynecological procedures and delivers around 8,000 babies per year.