The Conservative Party lawmaker was stabbed during a constituent meeting in Essex. Police have arrested a suspect and said investigations showed "a potential motivation linked to Islamist extremism."

UK Member of Parliament David Amess was killed Friday after being stabbed several times by a man who walked into his constituency meeting at a church in the seaside town of Leigh-on-Sea.

"He was treated by emergency services but, sadly, died at the scene," police said.

The UK Metropolitan police have called the attack a "terrorist incident."

"The early investigation has revealed a potential motivation linked to Islamist extremism," police said in a statement published early Saturday.

What do we know about the stabbing?

The suspected assailant reportedly lunged at Amess during a meeting with voters in his constituency at the Belfairs Methodist church, stabbing him several times.

Essex police were called to the scene around 1200 (UTC), and said they arrested a 25-year-old man and recovered a knife soon thereafter.

Emergency workers had tried to stabilize Amess before moving him from the church. An air ambulance had been waiting outside the church to transport him to a hospital.

A UK counterterrorism unit has opened a probe into the stabbing. The police have urged anyone with information regarding the stabbing to come forward to authorities.

The Metropolitan police said they believe the attacker acted alone, and they "are not seeking anyone else in connection with the incident at this time."

Who was David Amess?

UK Prime Minister Boris Johnson called Amess "a man who believed passionately in this country and and its future" and said police need to continue their investigation into the killing.

He said that "everyone was deeply shocked and heart stricken" by Amess's death. Johnson described the lawmaker as "one of the kindest, nicest, most gentle people in politics."

Johnson: Amess was 'one of the kindest people in politics'

Amess had been a Member of Parliament for Southend West, which includes Leigh-on-Sea, since 1997, but first became a lawmaker in 1983.

Unlike many in the Tory party, Amess did not study at an elite private school or university.

He worked in insurance and recruitment before graduating from local council politics to the Westminster Parliament. He was known as a hard-working and respected MP.

Amess was also a prominent Euroskeptic who campaigned for the leave campaign.

His interests, as listed on his website, are "animal welfare and pro-life issues." 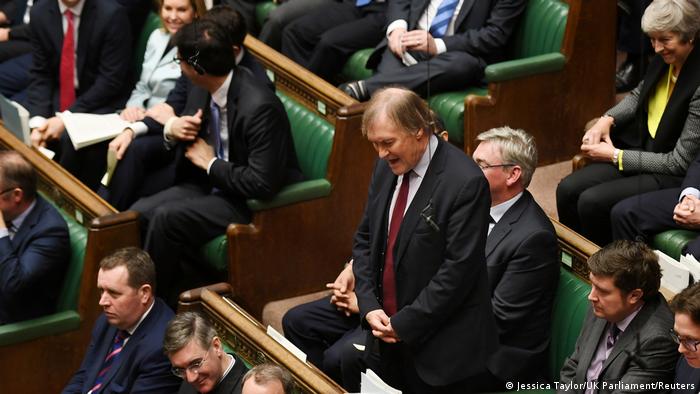 Sir David Amess in the House of Commons

Amess grew up in the Roman Catholic faith and was a social conservative. He had also campaigned endlessly for Southend to receive city status while serving in Parliament.

The 69-year-old lawmaker was married and had four daughters and a son. He was knighted in 2015.

How have prominent UK figures reacted?

Politicians and prominent figures from across the political spectrum expressed shock at the stabbing and Amess's death.

Carrie Johnson, the wife of Boris Johnson, called it "absolutely devastating news" and said the lawmaker was "hugely kind and good."

"Rest in peace David," Education Minister Nadhim Zahawi tweeted. "You were a champion of animal welfare, the less fortunate, and the people of Southend West. You will be missed by many."

"Let us remember him and what he did with his life," Health Minister Sajid Javid said while calling Amess "a great man, a great friend and a great MP killed while fulfilling his democratic role."

First Minister of Scotland Nicola Sturgeon said, "this is awful beyond words."

The Duke and Duchess of Cambridge said on Twitter that they were "shocked and saddened" by the death of Amess.

Former Conservative Prime Minister David Cameron tweeted earlier in the day: "Very alarming and worrying news reports coming from Leigh-on-Sea. My thoughts and prayers are with Sir David Amess and his family."

Labour Party leader Keir Starmer tweeted that it was "Horrific and deeply shocking news. Thinking of David, his family and his staff."

Reactions also poured in from abroad.

US Secretary of State Antony Blinken said the US "send its deepest condolences" to Amess' friends and family. Israeli Foreign Minister Yair Lapid called Amess a "true friend of Israel" who "always stood with the Jewish community."

"Attacking our elected representatives is an attack on democracy itself. There is no excuse, no justification. It is as cowardly as it gets," Cox's widow, Brendan Cox, tweeted on Friday after reports of the stabbing.

British lawmakers generally do not have police protection in their constituencies. Amess had shared the times and locations of open meetings with constituents on his website.

UK Home Secretary Priti Patel said Friday that the stabbing raises questions "about the safety of our nation's elected representatives." She ordered an immediate review of the security arrangements of members of Parliament.

Flags outside Parliament have been lowered to half-staff following the stabbing.