Veteran Conservative lawmaker Christopher Chope is well-known for blocking Private Members Bills, like the pardoning of scientist Alan Turing. His colleagues shouted "shame" as he blocked the bill. 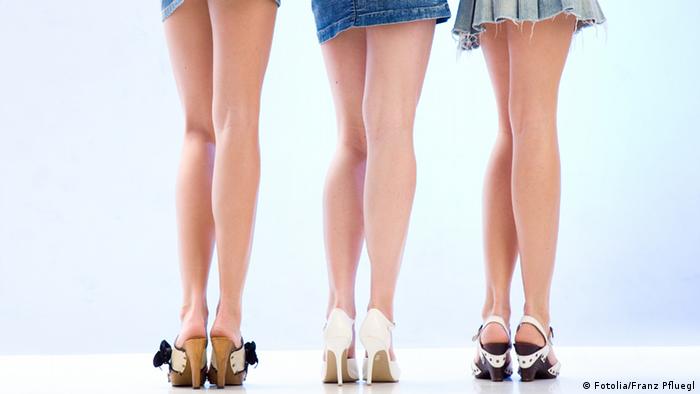 A plan by the UK parliament to ban taking photos up women's skirts without their permission was blocked at the last minute by one Conservative lawmaker who refused to support the law.

Shouts of "shame" could be heard from 71-year-old MP Christopher Chope's colleagues after he stood up and shouted "object" on Friday.

The law would have seen "upskirting" punished by up to two years in prison.

While instances of taking pictures under a skirt without permission can sometimes be punishable under indecency and voyeurism laws, this would have been the first law to completely cover the practice under criminal law.

The problem was brought back into the headlines recently after campaigner Gina Martin tried to sue a man who took a picture of her at a music festival — but a judge threw the case out on the grounds that as Martin was wearing underwear, the act was not illegal.

"This form of abuse is painful and humiliating for victims and often has a devastating impact on all aspects of their lives," said Katie Ghose, chief executive of Women's Aid.

Although the legislation had been endorsed by the government, as it was a bill introduced by a backbench lawmaker, a single objection like Chope's was enough to block it. It will be returned to the house for another Friday Private Members Bill session on July 6, again with government support.

Chope first became a member of parliament in 1983 under the government of Margaret Thatcher. He has been MP for Christchurch, Dorset on the south coast of England since 1997. He was an active Brexit campaigner and is well-known for blocking popular legislation at the last moment. In 2013, he objected to the posthumous pardoning of groundbreaking scientist Alan Turing, prompting Queen Elizabeth II to pardon Turing herself. He also repeatedly blocked a bill that would have banned the use of wild animals in circus performances.

Britain's Presidents Club charity has shut down following allegations of sexual harassment at a men-only gala. Foreign Secretary Boris Johnson and the Bank of England were among those forced to clarify their involvement. (25.01.2018)

The UK Prime Minister Theresa May has unveiled a code of conduct for her governing Conservative Party. This after the Weinstein effect moved to parliament and helped push the beleaguered leader even closer to the exit. (04.11.2017)

Britain has said it will pardon thousands of gay men who were convicted under repealed sexual offense laws. The plan was named after Alan Turing who cracked Nazi Germany's Enigma code and was also convicted of indecency. (20.10.2016)