The British Home Office has launched a campaign to combat the UK's rising rates of knife crime using promotional material in fast-food shops. A backlash has ensued on social media amid suggestions of racial stereotyping. 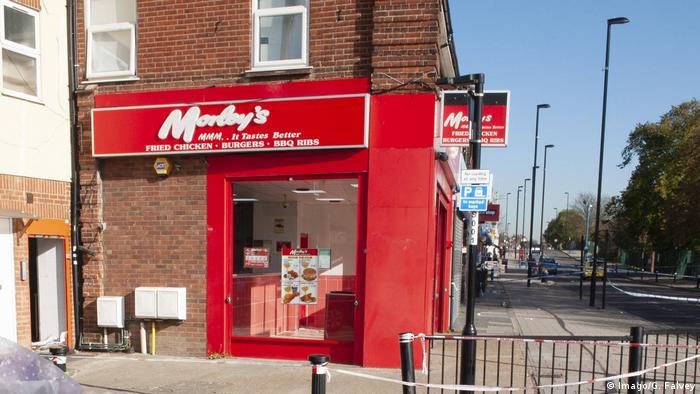 The UK Home Office found itself in hot water on Wednesday when a marketing campaign to combat knife crime, using take-away chicken outlets, came under heavy criticism from political figures.

More than 321,000 boxes featuring the Home Office #knifefree campaign were distributed to over 210 chicken shops in England and Wales.

The insides of the cartons are printed with real-life stories of youths who have chosen to take part in pastimes, such as boxing or music, as opposed to possessing a knife.

Policing Minister Kit Malthouse said: "These chicken boxes will bring home to thousands of young people the tragic consequences of carrying a knife and challenge the idea that it makes you safer."

"The government is doing everything it can to tackle the senseless violence that is traumatizing communities and claiming too many young lives, including bolstering the police's ranks with 20,000 new police officers on our streets."

The campaign comes as it emerged that gangs are recruiting children to deal drugs by offering free food from chicken shops.

However, the Home Office's scheme was met with a widespread criticism and accusations of racial profiling.

MP David Lammy tweeted: "Is this some kind of joke?! Why have you chosen chicken shops? What's next, #KnifeFree watermelons?"

The campaign comes in the wake of Prime Minister Boris Johnson calling for tougher sentencing for those carrying knives, as well as for "serious sexual and violent offenders."

US tourists confess to fatal stabbing of Italian police officer

The 19-year-old suspects confessed after they were arrested for alleged murder and attempted extortion, police said. Italy's Interior Minister Matteo Salvini had vowed that those responsible "will pay in full." (27.07.2019)

The United Kingdom is experiencing an almost unprecedented spike in hate crime against ethnic minorities. Are the authorities helpless to combat the problem? Sarah Bradbury reports from London. (14.10.2017)

The Eritrean man suspected of pushing a mother and her child onto train tracks is being investigated on murder charges. Prosecutors said the man's motives remain unclear. (30.07.2019)