A new anti-corruption bill would force suspected criminals to prove their source of wealth or risk having assets seized. The UK is keen to dispel accusations that London is a prime location for stashing illicit funds. 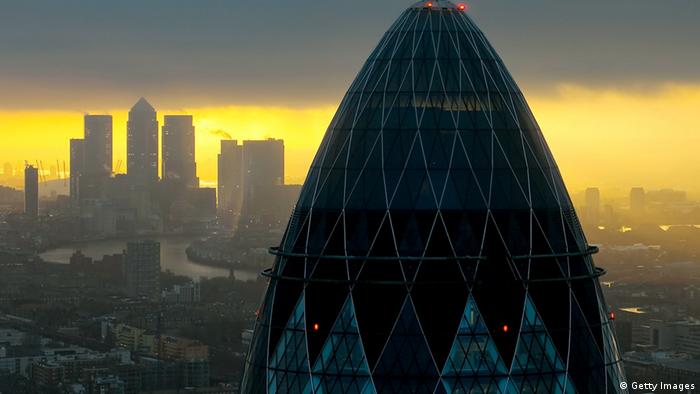 New legislation designed to tackle accusations that the UK is a haven for dirty money would give British law enforcement officers sweeping new powers to tackle money laundering and corruption, as well as recover criminal proceeds.

The highlight of the proposed Criminal Finances Bill will allow law enforcement agencies to force suspected criminals to prove the source of their wealth, the UK government said Thursday.

Under the so-called "unexplained wealth orders," those unable to explain where their wealth came from would risk having their assets seized, including lucrative property.

The bill is subject to parliamentary approval before coming into force.

Announcing the bill, security minister Ben Wallace, said: "This legislation will ensure the UK is taking a world-leading role in cracking down on corruption and send a clear message to criminals - we will take your liberty and your money."

Assets suspected of being proceeds of crime could also be seized by officials. They would include money stored in banks, precious metals and jewels.

The new bill means that hundreds of London properties could be seized by officials. The UK capital's property market has allegedly become a safe haven for corrupt politicians, tax evaders and criminals to store the proceeds of international corruption.

Clamping down on private sector corruption

The new bill will also enable greater information sharing between authorities and regulated companies, while corporations will be held accountable for any tax evasion offences committed by employees.

Law enforcement and intelligence provisions laid out in the bill will also be mirrored in the UK's Terrorism Act 2000 legislation, helping combat the raising of terrorist funds.

Even after a hosting a breakthrough summit on anti-corruption and money laundering earlier this year, the UK has continued to come under pressure.

The head of Transparency International's (TI) advocacy and research, Rachel Davis, told the UK's independent newspaper in May: "The UK has been a prime location for stashing away illicitly gained wealth, as anti-money laundering systems are weak and sectors such as UK property represent a safe investment, as well as a place to hide corrupt money.”

Research published by TI in 2015 found that more than 36,000 London properties were owned by offshore companies whose source of wealth was unknown or unverified.

David Cameron has hosted "an all-out assault" on corruption in London. But NGOs said the UK, whose overseas territories amount to a third of the world's tax havens, is in a unique position to do much more. (12.05.2016)