Ahead of five days of Brexit debate, the UK government lost key votes, including being found in contempt. Theresa May's own party members won a challenge to give lawmakers more power if her deal is voted down next week. 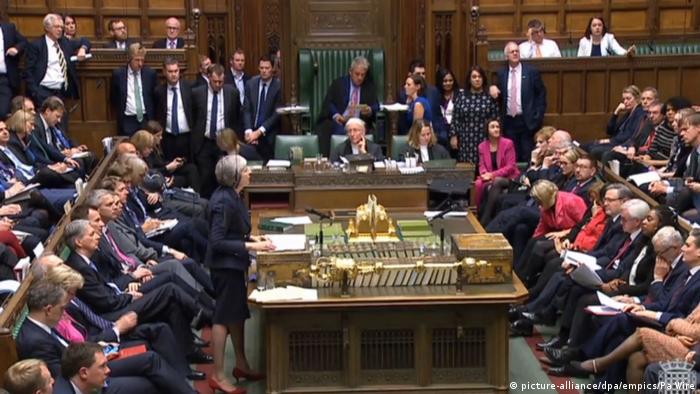 Already under pressure, Prime Minister Theresa May's government lost three votes in the House of Commons on Tuesday, even before the main debate got underway.

May is seeking approval from the house for the exit deal from the EU which her negotiators signed off last week. That vote will be taken next Tuesday.

But this Tuesday began with a setback for her as a European Court of Justice advocate general gave formal advice that revoking the "Article 50" divorce notice was an option for the House without the other EU 27 member states having a say. The UK does not need approval of other EU countries to withdraw from Brexit, the advocate ruled.

Then, MPs voted 311 to 293 in favor of holding the UK government "in contempt of parliament" for refusing to release key legal advice on the Withdrawal Agreement and the backstop legal guarantee for avoiding a hard border with Ireland. House Leader Andrea Leadsom said the government would publish "the final and full advice provided by the attorney general to Cabinet."

A government attempt for a committee to consider the legal question, effectively delaying any decision until after next week's key vote was also defeated. 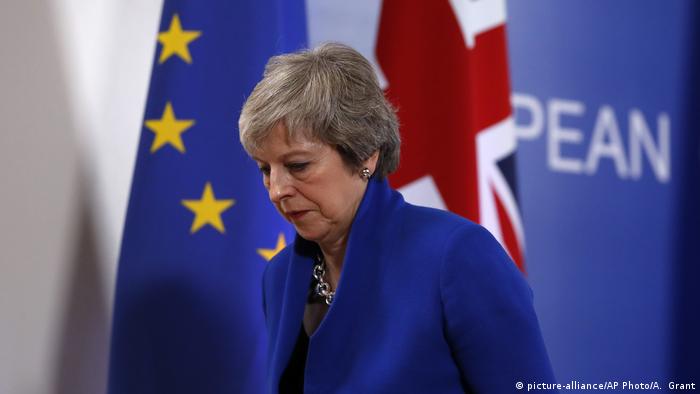 The House then voted against the government again, as a group of Conservative Party members won a challenge to hand more power to the Commons if May's deal is voted down next week. It means lawmakers can change any motion the government brings to the House of Commons relating to its divorce deal.

There is only a slim chance that May will get her deal approved by parliament next Tuesday. Commentators suggest she is at least 50 votes short.

In the event of a loss next week, May would then have 21 days to set out her plan of action in a statement to MPs. That plan could be amended by parliament, giving lawmakers greater power to express their opinions and influence the government's direction. That could reduce the risk of Britain leaving the EU without any deal.

May wants parliament's approval for her deal to keep close ties with the EU after leaving in March next year.

"We need to deliver a Brexit that respects the decision of the British people," May told parliament on Tuesday. "This argument has gone on long enough. It is corrosive to our politics and life depends on compromise."

She suggested that if lawmakers do not back her deal, either Britain could fall out of the EU without measures to soften the transition, or Brexit may not happen at all.

Leaders of the European Union gathered in Brussels have endorsed an agreement on Britain's departure from the 28-nation bloc. But British PM Theresa May still needs to get the deal approved by the UK parliament. (25.11.2018)