Britain is entering the endgame over its planned departure from the European Union. Prime Minister Theresa May faces an uphill task as she tries to convince enough lawmakers to back her draft Brexit deal. 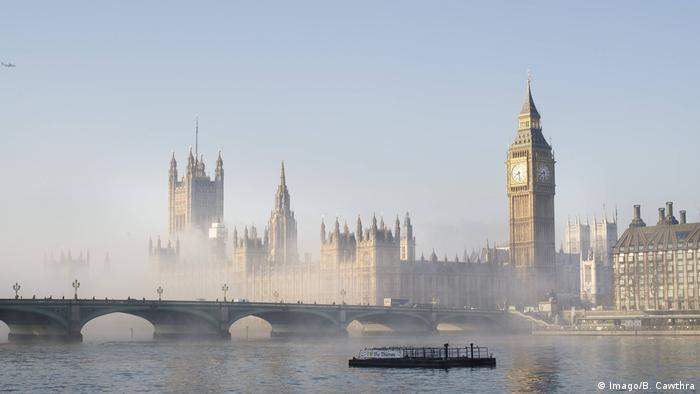 British lawmakers kick off five days of debate on Tuesday on a draft UK-EU agreement on Britain's exit from the European Union ahead of a crucial final vote on the deal on December 11.

"The British people want us to get on with a deal that honors the referendum and allows us to come together again as a country, whichever way we voted," British Prime Minister Theresa May is expected to tell the Parliament.

"This is the deal that delivers for the British people."

But it is unclear whether May, who leads a minority Conservative Party government, can win enough votes for the deal to pass.

Opposition to the draft agreement, which would keep Britain closely tied to the bloc after it leaves on March 29, 2019, has intensified since May presented it to lawmakers in mid-November.

Anti-EU hardliners within her own party say it keeps Britain too close to the EU and are planning to vote against it. Pro-EU lawmakers across the political spectrum say the deal is worse than remaining in the bloc.

Opposition parties, including Labour, the second largest party, say they will vote against the deal. That means May will likely need a significant number of Labour rebels and a majority of Conservative lawmakers to vote in favor of the deal.

Specter of a chaotic exit

May could call for a second vote on the deal if she loses in the first round. Alternatively, the country could hold snap elections or a fresh referendum on whether to remain in the bloc. May could also face fresh calls to resign if the deal is rejected.

EU leaders have repeatedly warned that they are not open to reopening talks.

An outright rejection could also lead to Britain crashing out of the EU without a deal. The British government and the Bank of England warned last week that any "no-deal" exit would spell chaos for the British economy and its trade with other EU countries.

The Parliament is also set to debate on Tuesday whether the government failed to adequately inform lawmakers about a legal opinion on the draft deal.

The government had asked Attorney General Geoffrey Cox, its chief legal advisor and a pro-Brexit Conservative lawmaker, for his legal appraisal on the terms of the deal.

Although ministers agreed to publish the opinion, opposition members of parliament complained that the government had only given them a shortened version of the original.