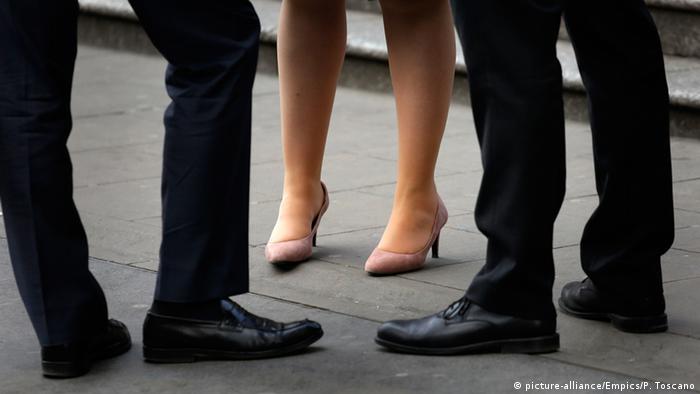 It published the results of its survey on Thursday, summing up the data provided by over 10,000 businesses which had complied with a Wednesday deadline.

Some 8 percent of respondents were found to have no gender pay gap, while the remaining 14 percent paid women more than men.

Tesco under fire for wage discrimination

Ryanair's UK operations in the crosshairs

Ireland's Ryanair with its UK operations was also among those with the biggest pay gaps. The airline claimed its data had been affected by the "relatively low numbers" of female pilots in the aviation industry.

Ryanair has a total of 554 UK pilots of which 546 are men and eight are women. "In recent years, the number of female pilots applying to Ryanair has increased and we are committed to developing this welcome trend," the carrier said in a statement.

Britain's banks had revealed earlier that their female workers' salaries lagged far behind those of their male colleagues. Men employed in London's City earn significantly more per hour than women, excluding bonuses.

The difference is even wider among institutions that are focused on investment banking.

The gender pay gap in Europe