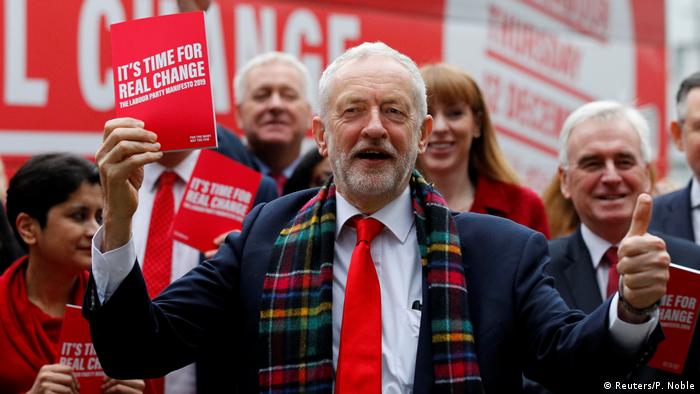 Labour leader Jeremy Corbyn unveiled the "most radical and ambitious plan to transform Britain," on Thursday.

If elected on December 12, Corbyn said he would "take on vested interests."

"The big polluters, financial speculators and corporate tax-dodgers have had a free ride for too long," said Corbyn, insisting Labour's agenda was "fully costed" and deliverable.

It was "time for real change," said Corbyn, claiming nine years of austerity under the Conservatives stemmed from a system working "just fine for them — it's rigged in their favour."

Read more: Johnson and Corbyn face off in TV debate

Free broadband for all

Infrastructure nationalizations sought by Labour would include the fixed line network of telecoms provider BT in order to provide free broadband, and state takeovers of rail, water and mail delivery services.

Taxes on the top 5% of earners would rise, with workers placed on company boards and funds boosted for health, education and transport.

On Brexit, Corbyn reiterated his plan for another plebiscite, but added that a Labour government would "get Brexit sorted within six months," without "ripping up Britain's main trading relationship" with Europe.

Labour's public spending would rise by 83 billion pounds by 2023/24, covered by higher taxes on top earners and businesses.

Up three percentage points from last week, the Conservatives were on 44%, with Labour up four points at 28% as support was sucked away from the Liberal Democrats and the Brexit Party. 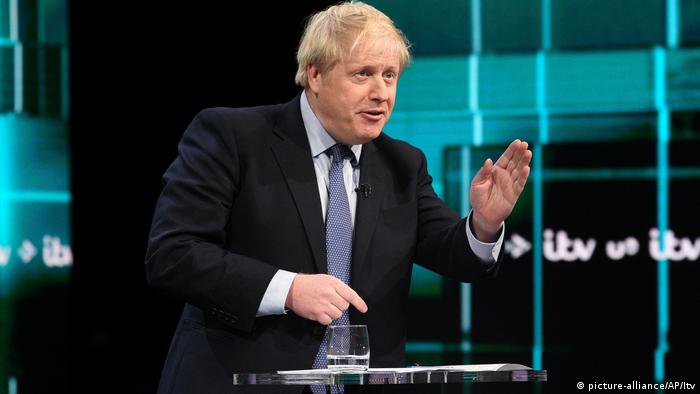 Previously, Johnson's Conservatives had already accused Labour of reckless spending and proferring outmoded socialist ideas — although the Tories too have signaled more spending on infrastructure, health care and public services.

Analysts say the election outcome is unpredictable because Brexit — favored by 52% of voters in 2016 but since widely debated by Westminster — cuts across traditional party loyalties.

Twitter has criticized UK PM Boris Johnson's Conservative Party for misleading the public by changing the name of one of its accounts to resemble a fact-checking service during a televised election debate. (20.11.2019)