The British prime minister has taken the precautionary measure after coming in contact with a lawmaker who has since tested positive for COVID-19. The news comes as Britain and the EU hope to clinch a last-minute deal. 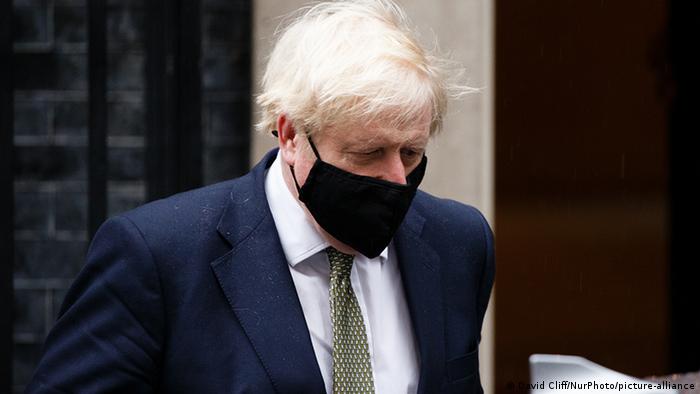 Prime Minister Boris Johnson was in precautionary self-isolation on Monday after contact with a lawmaker who tested positive for COVID-19.

In a video call to government staff, Johnson said he was feeling fit and ready to move on with his administrations "ambitious agenda."

"I'm fit as a butcher's dog — feel great," a jovial Johnson said in a video posted on Twitter. He also said that he still needed to isolate, despite his previous bout of COVID-19 and him therefore probably being "bursting with antibodies," as he put it.

Johnson spent three days in intensive care with the coronavirus in April.

Final round of Brexit talks

The news comes during what could prove the last leg of Brexit talks in Brussels.

"Our red lines haven't changed and we're preparing for whatever the outcome is," Health Secretary Matt Hancock told UK broadcaster Sky. "Of course our preference is to get a deal and that is open to the Europeans if they choose to make the progress that's needed," he said.

Britain left the EU as a political institution in January, but its trading ties to the bloc are yet to change in any meaningful way. The two sides are trying to seal a long-term deal on future trading terms before a transition period expires at the end of the year.

The last-ditch talks have ran well past the two sides' original planned deadlines. Irish Foreign Minister Simon Coveney estimated on Monday that barely a week remained to strike an accord.

Vladimir Putin: Palace in Navalny report 'doesn't belong to me' 57m ago