The Bank of England says all seven big UK lenders would be able to keep the show on the road in the event of a major financial crisis. However, uncertainties over Brexit still cloud the entire picture. 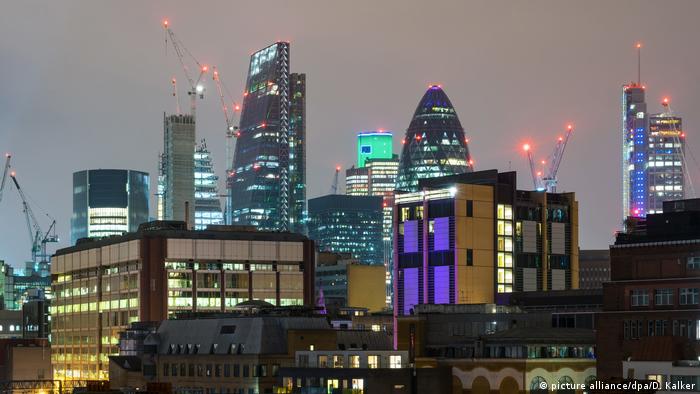 The Bank of England says the UK's big lenders are equipped to survive a major financial crisis — including a chaotic, no-deal Brexit — after it carried out a series of stress tests on the country's seven biggest banks.

Announcing the results of the tests at a press conference on Tuesday morning, Bank of England governor Mark Carney said that the UK's banks are "well-placed to provide credit to households and businesses" in the event of a major economic downturn.

However, he warned that were a particularly disorderly Brexit to coincide with a global recession, UK banks would struggle to cope.

The Bank of England regularly carries out stress tests to assess the capacity of the country's banking sector to cope with shocks and crises. The tests model major financial downturns, both domestic and global. The seven lenders put to the test were Barclays, Royal Bank of Scotland, Lloyds, HSBC, Standard Chartered, Santander UK and the Nationwide building society.

The tests contrive scenarios where global and domestic growth plummets, interest rates rise, property prices plunge and unemployment goes up. They then assess the banks' capacity to survive such crises, measuring their capital reserves and longer-term resilience.

A tempest or a midsummer night's dream?

While the Bank of England's tests are based on strictly hypothetical scenarios, it doesn't take an imagination of Shakespearean vividness to conceive a potentially calamitous financial event striking Britain in the next 18 months.

Concerns over the impact of a "hard" and chaotic Brexit have been steadily building in the UK and elsewhere in the EU, particularly now that the realities of the Irish border situation appear to be hitting home in ways which they weren't previously.

Carney believes a "disorderly" Brexit is unlikely as "all parties are working towards an agreement" that would be in the interests of both sides. Yet, while the stress test results suggest the UK's main lenders could ultimately battle through a Brexit-fueled economic crisis, the governor conceded a disorderly departure from the EU "is not a good scenario."

"It has some quite material economic costs, even if the financial system continues to operate through it," said Carney, of the disorderly Brexit vista.

The drastic scenarios conceived in the stress tests do point towards some of the conditions that could arise in the event of a hard Brexit, namely the British pound losing a third of its value, UK GDP falling by almost 5 percent, unemployment rising to 9.5 percent, interest rates surging past 4 percent and house prices falling by 33 percent. Carney said that a particularly hard Brexit would result in conditions no worse than those.

The Bank of England concluded that while UK banks would lose £50 billion ($66.5 billion) within two years of this kind of scenario, they are resilient enough to keep lending through the crisis and are deemed to be "three times stronger" than when the financial crisis hit a decade ago.

Yet Carney did emphasize repeatedly how undesirable a hard Brexit would be. "There will be some pain associated with that," he warned.

With all seven banks receiving a clean bill of health for the first time since 2014, it appears that the UK sector is in genuinely decent health. However, it is worth pointing out that Barclays and Royal Bank of Scotland — which failed the test last year — only passed this time as a result of capital raised earlier this year.

While the overall news was positive, initial market reaction was muted. The most significant note of foreboding from Carney came with the forecast that were a disorderly Brexit to be combined with a severe global downturn, economic conditions could be significantly worse than the bleak scenario envisaged in the stress tests.

As with almost everything Brexit related, everything remains to be seen.