Britain's sluggish economy has expanded again in recent months. Quarterly growth came as an unexpected boost clearing the way for the Bank of England to raise interest rates next week, experts argued. 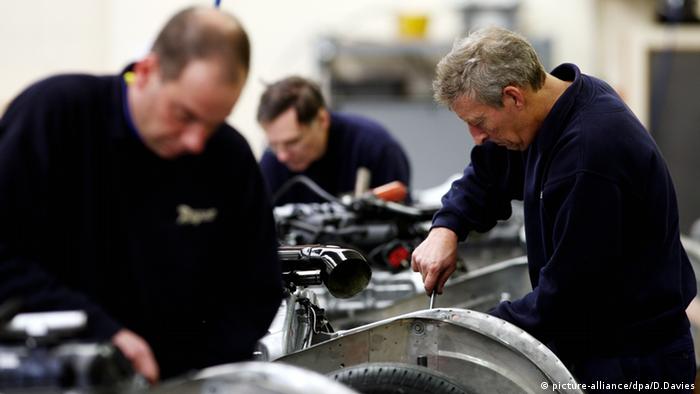 British economic expansion picked up to 0.4 percent in the third quarter, up from 0.3 percent in the April-to-June period, fresh official figures revealed Wednesday.

Britain was one of the fastest-growing major advanced economies in 2016, but it had slipped to the bottom of the pack earlier this year, posting its worst first-half performance since 2012, largely due to higher inflation caused by the pounds fall after the pro-Brexit vote.

While Wednesday's positive figures provided some encouragement for under-pressure Finance Minister Philip Hammond ahead of his November budget, experts agreed they did not alter the broad picture of an economy dogged by poor productivity and squeezed living standards.

Hammond told reporters the growth figures were solid and proof of the fundamental strength of an economy that since the referendum had often made forecasters look too pessimistic.

He said he was focused on boosting productivity levels across the nation, especially with a view to creating more higher-wage jobs.