Yoweri Museveni is one of Africa's longest-serving leaders and has served five terms in office since taking power in 1986. His controversial decision allows him to run for a sixth in 2021. Ugandan President Yoweri Museveni has signed a law that removes a presidential age limit of 75 from the constitution, a move that allows the 73-year-old to run for a sixth term in 2021.

Parliamentary spokesman Chris Obore said Tuesday the president had signed the bill into law on December 27.

Uganda's political opposition and some members of the president's ruling National Resistance Movement (NRM) party immediately criticized the decision. Opposition leader Kizza Besigye said the law was "a well-orchestrated plan to have Museveni rule for life."

The parliament had passed the constitutional amendment on December 22 with the backing of NRM, despite attempts by opposition parties to block a vote. When the bill came to its final reading, some legislators clashed with police.

Authorities had earlier suppressed opposition protests to the amendment, with clashes in September between activists and police leaving two people dead. 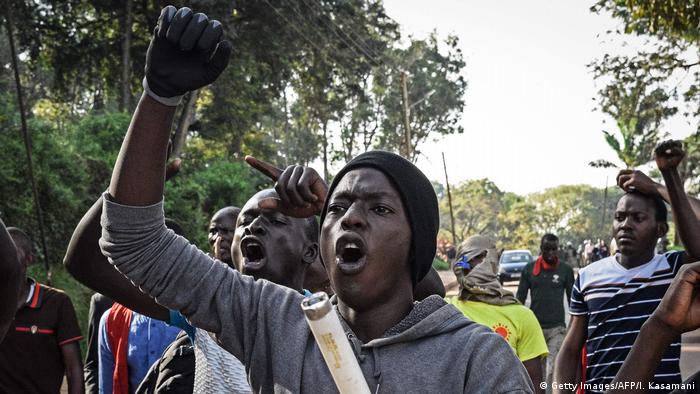 Protests against the amendment in September left two people dead

Museveni has ruled Uganda since forcefully taking power in 1986 and is one of Africa's longest-serving leaders. He ran the country unelected until 1996, when Uganda lifted its ban on political parties.

He was allowed to run for a third term after the Ugandan parliament lifted a two five-year presidential term limit in 2005.

The president had previously said he detested African leaders "who want to overstay in power," an opinion he recently said referred to unelected rulers.