Some butchers are using dangerous chemicals to preserve meat and keep away flies. Formaldehyde, a chemical used to preserve dead bodies in hospitals, is one of the chemicals being used. 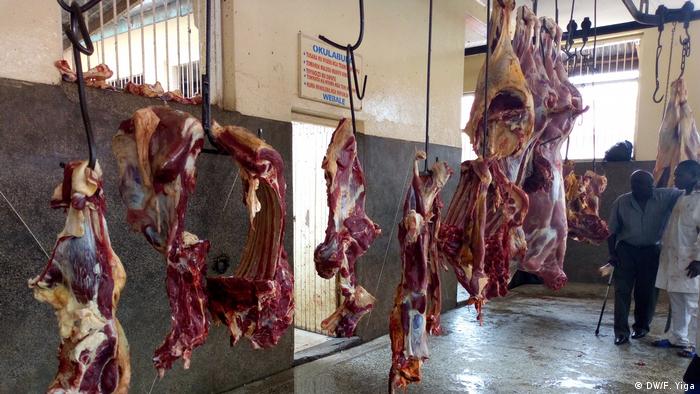 In Uganda's capital Kampala, Nakasero market is a one stop center for groceries, ranging from vegetables, fruits, fish and beef. Until a few days ago, nobody questioned why the beef here stayed so fresh. The shocking news is that some butchers use formaldehyde,  a chemical used to preserve bodies, to preserve beef.

"This is unbelievable! The food people are eating is contaminated with chemicals. It is unbearable. The government should come and do something. We cannot continue like this. People must abstain from eating any of these contaminated foods," a local resident called Amon told DW. 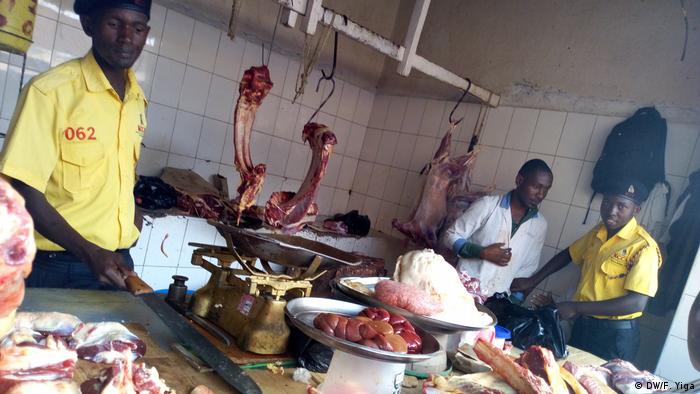 Inspectors examine meat, which is not refrigerated, at the market

"From what I have seen today I won't eat meat again. We are living in fear! Please help us.  It's the reason why radios keep announcing the outbreak of strange diseases," said another local called Hamza. A man called Henry, a regular customer at the market, told DW, "This operation should be also intensified among milk sellers and meat. Recently, grasshoppers contaminated with chemicals for preserving dead bodies killed people in Kaliisizo town."

In a move to save the lives of meat consumers, the Kampala Capital Authority and the Ugandan Bureau of Standards have mounted an operation to arrest and close butcher shops that are selling the contaminated meat. But with many locals left shocked and horrified, the obvious question that people are now asking is who is responsible?

"As for me I blame the Ugandan Bureau of Standards and the Ministry of Health. They have the capacity to identify meat that is contaminated with unregulated chemicals, but they have been reluctant," Kampala resident, Wilberforce, told DW. 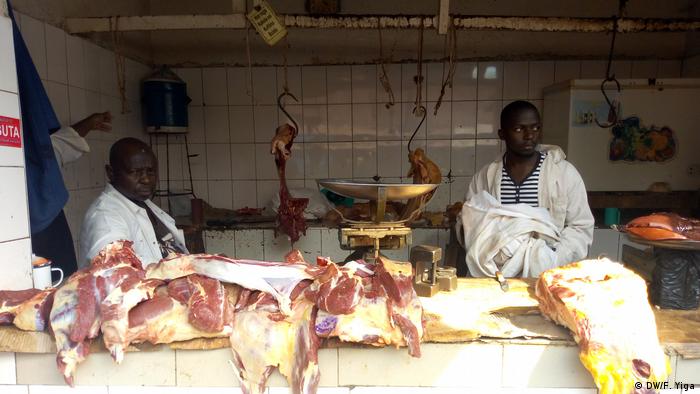 Meat sold at market stalls is being checked for toxic chemicals

How dangerous are the chemicals?

Consuming chemicals, such as formaldehyde, can be extremely toxic for the human body. According to a spokesperson from the Uganda Industrial Research Institute it could damage internal organs.

"So imagine something put in a dead body to stop it from decomposing. Such chemicals are not allowed in any sort of food product, in whatever quantities. So it showing up in meat products, in Nsenene (grasshoppers) and milk as well — it is illegal. I mean formaldehyde is what is used to treat dead bodies. Imagine that is what you are ingesting? Obviously it is going to be poisoning your body. It's going to stop some body organs from functioning and things like that," the spokesperson told DW.

This was confirmed by Wilfred Emeku, a veterinary pathologist at Makerere University. "If it can kill all organisms then it can also kill the consumer. It can cause damage to the digestive tract, right from the mouth to the lower parts. You would probably expect people to have symptoms like abdominal pain, vomiting, diarrhea and in severe cases even death. Formaldehyde, of course, can destroy human tissue, or even damage the nucleus of the cells and if this occurs, cancers can develop." 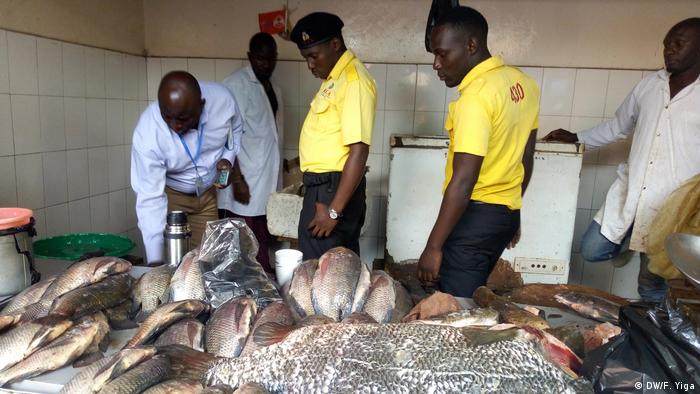 Fish has also been found to be contaminated

Kampala Capital City Authority spokesperson Peter Kaujju told DW that the operation to uncover the illegal use of toxic chemicals will lead to the arrest of the culprits and the closure of non complying butcher shops. "They should keep their premises clean and hygienic. We will continue to comb all areas. Whoever we come across engaging in non-compliance will be prosecuted in court," he said.