UEFA has suspended Manchester City from the Champions League for two seasons for breaching its "Financial Fair Play" rules. The club was found to have cooked its books in a bid to appear to be within the spending limits. 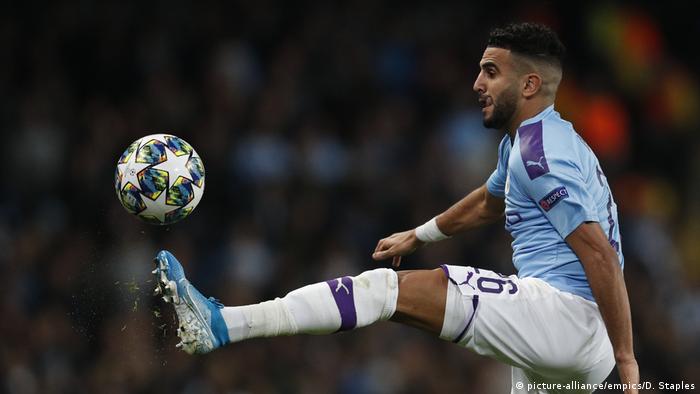 Defending English Premier League champions Manchester City will not be allowed to compete in any European club competitions in the next two seasons (2020-21 and 2021-22), after it was found guilty of committing "serious breaches of the UEFA Club Licensing and Financial Fair Play Regulations," European football's governing body UEFA announced on Friday. However, the club immediately said it would appeal the verdict.

The club, owned by Sheikh Mansour bin Zayed Al Nahyan, royal family member and also deputy prime minister of the United Arab Emirates, had long been under close scrutiny as one of the biggest spenders in European football.

The Adjudicatory Chamber of UEFA's so-called Club Financial Control Body found that between 2012 and 2016, Manchester City had deceived auditors "by overstating its sponsorship revenue in its accounts and in the break-even information submitted to UEFA between 2012 and 2016." UEFA also complained the team "failed to cooperate in the investigation of this case."

City also face a fine of €30 million ($32.5 million), although the lost revenue from Champions League games and TV royalties would likely dwarf that sum.

The club said in a statement that it was "disappointed, but not surprised" by the decision, announcing its intention to appeal at the Court of Arbitration for Sport, and saying the investigator, Belgian former Prime Minister Yves Leterme, always intended to sanction City.

"The subsequent flawed and consistently leaked UEFA process he oversaw has meant that there was little doubt in the result that he would deliver," the club's statement said. City also lodged a formal complaint with UEFA.

The Financial Fair Play rules, also known by the acronym FFP, seek to limit the amount of money a club can spend in a given season. It does so by looking not at expenditure, but at a club's balance sheet, with excessive losses in set time periods potentially subject to sanction. The rules were agreed in principle back in 2009 and implemented in the 2011-12 season.

"The rules were introduced to try to control billionaire playboys who buy themselves a football club for fun and want to win a big trophy and yet may not have the same kind of emotional attachment to these clubs that generations of fans might have," said DW's Hannah Cleaver.

Disqualification from European competition is the most serious sanction available to UEFA for breaching FFP rules. In Manchester City, it is suspending a club that would have been almost certain to qualify for the top-tier Champions League in both seasons, potentially with a chance of winning it outright.

Sheikh Mansour acquired Manchester City in 2008, immediately boosting investment in what had become the city of Manchester's smaller club. He's helped the team win four Premier League titles since then. However, a European trophy has evaded the Sky Blues thus far. The team, coached by Pep Guardiola, face Real Madrid in the next round of this season's Champions League, and will remain eligible to compete despite its upcoming ban.