The US ride-hailing giant saw disappointing returns in its second quarter report. Uber has not yet reached profitability, as it continues to subsidize prices to acquire riders and rely on spending to expand services. 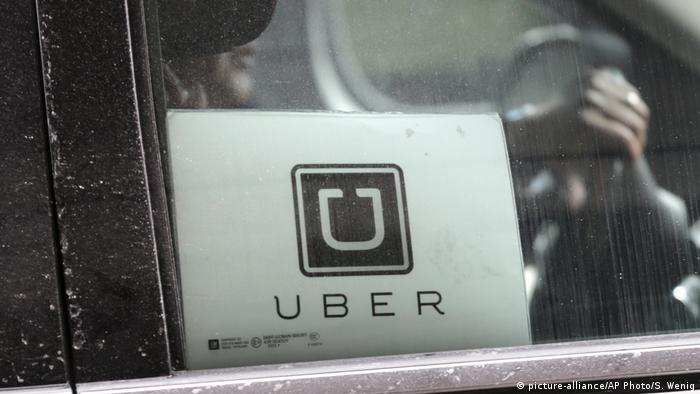 Uber reported a $5.2 billion (€4.6 billion) loss on Thursday that sent its shares tumbling on Wall Street. The San Francisco-based firm also reported that its revenues had fallen short of expectations.

The US ride-hailing company said most of the multibillion dollar loss was attributed to stock-related compensation expenses.

However, its food delivery unit Uber Eats saw its revenue rise, as the firm's core ride-hailing business has slowed.

Thursday's earnings report came just weeks after Uber confirmed it would cut 400 jobs from its marketing team of more than 1,200 workers, in order to reduce costs and improve efficiency.

The ride-sharing company has not yet posted any profits, as it continues to rely on spending and subsidized prices to attract drivers and expand its services.

"While we will continue to invest aggressively in growth, we also want it to be healthy growth, and this quarter we made good progress in that direction," CFO Nelson Chai said in a statement.

Uber's setbacks came as a price war with its smaller competitor Lyft, which saw its revenue expectations rise just the day before, apparently began to ease.

Both companies went public early this year. The two have been jockeying for riders across the US, with Lyft also engaging in subsidization and greater spending.

But it is Uber that leads the market in active riders and has a wider presence globally. Uber said its monthly active users rose to 99 million globally, from 93 million at the end of the first quarter and 76 million a year earlier.

Read more: How to regulate Uber-style apps and taxis

The ride-hailing giant has revolutionized transportation in the US with its innovative mobile phone hailing service, but it has received substantial criticism for its unfair advantage in relation to taxis, which require far more regulations to operate than Uber drivers do.

Uber has struggled to enter European markets, as taxi companies have fervently opposed them and successfully lobbied their governments to either ban it or strictly control its operations.

In Germany, the company has been banned for years. But Angela Merkel's government is reportedly considering the possibility of opening the market to services like Uber by 2021.

An industry body has called the demonstrations "the largest taxi protest" in Germany's modern history. Taxi drivers are rallying against plans to open Germany to ride-hailing services like Uber. (10.04.2019)

Uber chief executive Dara Khosrowshahi has said the US ride-hailing firm will focus on "responsible growth" in Europe as he seeks to end the "pirate mentality" he inherited from company founder Travis Kalanick. (22.01.2018)