The US call-a-chauffeur service Uber Black — banned in Germany — has lost its appeal before top civil judges in Karlsruhe. A Berlin court had previously ruled that swanky cabs could not simply be beckoned via an app. 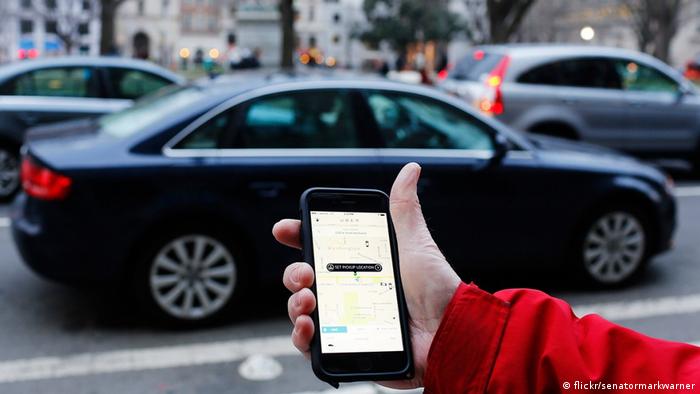 The Federal Court of Justice (Bundesgerichtshof) on Thursday upheld a ruling that Uber Black could not resume its limousine call service — stalled since 2014 — because it breached Germany's Public Transport Act (Personenbeförderungsgesetz).

This requires taxis to operate from a concessionary's dispatch office under local-area licenses granted by communal authorities. Each driver must be specially licensed, undergo medical and suitability checks, and be 21 or older. Beyond 60, extra checks apply.

Uber, via its European headquarters in the Netherlands, had asserted that its upmarket offshoot, Uber Black, met all the requirements.

The BGH, however, rejected Uber's claim to act only as an intermediary for its drivers and its appeal for a right to operate under the EU's tenet of free movement of services.

Furthermore, the Luxembourg-based European Court of Justice (ECJ) had ruled — notably in a Spanish case — that Uber could not simply cite free trade but had to satisfy transport service rules, leaving it open to each EU nation to formulate details.

Thursday's ruling stemmed from a complaint filed by the Berlin taxi manager and sector spokesman Richard Leipold that Uber had been breaching Germany's Transport Act whose origins date back to 1935.

The current act also stipulates that rides be provided whether profitable or not, and that inner-city taxi stands be reserved — in contrast to freelance drivers roaming urban streets.

Uber was launched in San Francisco in 2009 as an internet intermediary between persons wanting to move from "A to B" and drivers offering their cars for rent. Now worth billions by market capitalization, it says it operates in 600 cities and 500 airports worldwide.