The agreement is being touted as the first such deal since Israel and the United Arab Emirates moved to establish full diplomatic relations this week. The new partnership aims to focus on COVID-19 research and testing. 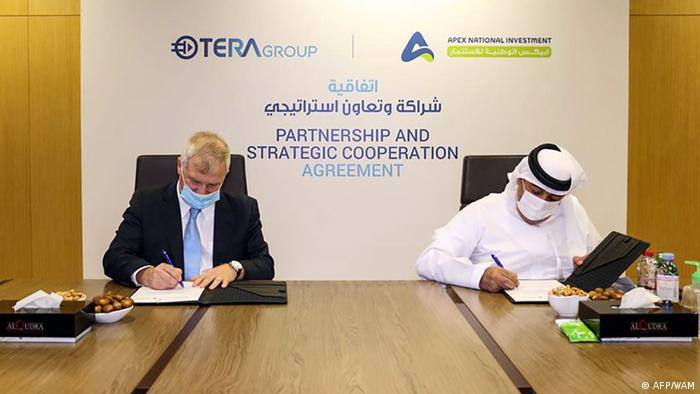 The deal "is considered the first business to inaugurate trade, economy and effective partnerships between the Emirati and Israeli business sectors," WAM quoted APEX's chairman Khalifa Yousef Khoury as saying.

He added that it was "for the benefit of serving humanity by strengthening research and studies on the novel coronavirus."

The agreement was signed at a press conference in the Emirati capital, Abu Dhabi. It comes after Israel and the UAE on Thursday announced a US-brokered deal to normalize diplomatic ties between the two states.

The historic accord requires Israel to halt its controversial plans to annex part of the occupied West Bank.

As part of that rapprochement, the two countries' foreign ministers held their first publicly acknowledged call on Sunday after the UAE opened its telephone lines to Israel.

Ashkenazi said they had agreed during the call to "meet soon."

Following Thursday's breakthrough, the countries said in a joint statement: "The United Arab Emirates and Israel will immediately expand and accelerate cooperation regarding the treatment of and development of a vaccine for the coronavirus."

The statement added that delegations from the two states would meet in the coming weeks to sign agreements related to investment, tourism, direct flights, security, telecommunications and other issues.

The UAE is now the third country, after Egypt and Jordan, to have diplomatic relations with Israel.

Emirati talk show host Anas Bukhash has struck a chord with his program "ABtalks" which probes social questions that others don't dare. In the Gulf, "nobody wants to talk about the elephant," in the room, he says.