Serbian police arrested two suspects over the weekend in the mafia-style slaying of a high-profile Croatian newspaper journalist and his marketing boss. 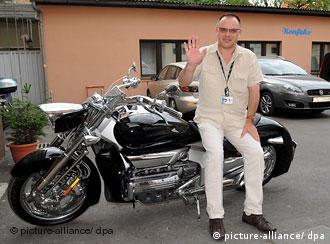 Pukanic was both fearless and controversial

One of the suspects was detained late on Sunday on an Interpol arrest warrant issued by the Croatian authorities at an apartment in the Serb capital, Belgrade.

A local broadcaster, B92 Radio, said he was armed with a loaded handgun at the time of his arrest.

The man is the alleged killer of Ivo Pukanic, founder and editor-in-chief of the Croatian political weekly, Nacional, and his marketing director, Niko Franjic.

He was arrested a day after police apprehended another man suspected of supplying the explosives for the bomb used in the assassination in the Croatian capital, Zagreb, seven months ago. 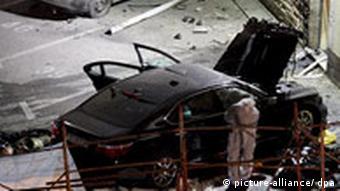 A controversial reporter, who was said to have connections both with politicians and organized crime, Pukanic and his partner were killed by a remote-controlled car bomb in downtown Zagreb on October 23, 2008.

The main suspect, an ethnic Serb with Bosnian and Croatian passports, is a former member of a special Serbian police unit linked to numerous crimes in Serbia, including the 2003 assassination of reformist prime minister, Zoran Djindjic.

Also on Sunday, Serbian police took a second suspect into custody, who is believed to have supplied the other with the explosives to kill Pukanic and Franjic. The Serbian authorities also suspect him of helping obtain false identity papers for the first man, which enabled him to flee Croatia for Bosnia, and later Serbia.

Working with Serbian police, Croatian authorities say they have uncovered a cross-border crime network, which has already led to the arrest of a suspected ringleader of a narcotics syndicate and several of his gangland associates.

The investigation, according to Germany's dpa news agency, is said to have relied on testimony from a former Balkans mafia-insider-turned-informant.

German and Italian police have arrested four people in connection with a mafia-style shoot-out in the German city of Duisburg in August. (18.12.2007)

An expert on organized crime warned that Germany has to be alert about an expansion of mob activity within its borders after officials linked the killing of six Italians in Duisburg to the Calabrian mafia, 'Ndrangheta. (17.08.2007)