At least two people have died after sporadic violence broke out during a 24-hour strike in Venezuela called by opponents of President Nicolas Maduro. Months of protests in the country have so far led to 97 deaths. 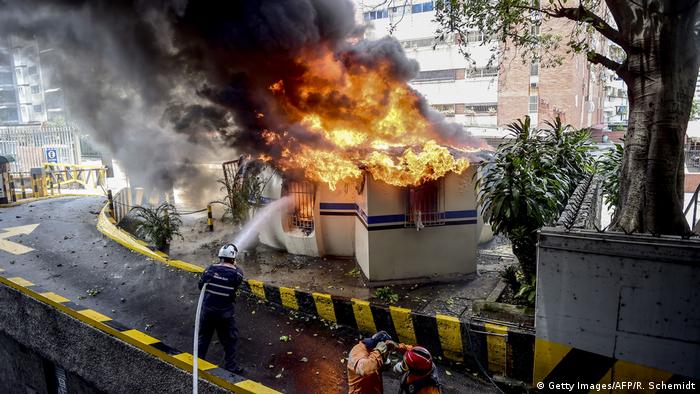 A general strike in Venezuela on Thursday aimed at putting pressure on Socialist President Nicolas Maduro has led to at least two confirmed deaths.

A 24-year-old man was shot dead in Los Teques, the capital of Miranda state, the public prosecutor's office said. In the central state of Carabobo, another 23-year-old man was killed, while at least 10 others received gunshot wounds.

Opposition sources say a further two people were killed in the violence, but those deaths have yet to be confirmed.

Businesses across Venezuela remained closed Thursday as the majority-backed opposition staged a general strike as part of a civil disobedience campaign referred to as "zero hour." Their aim is to end nearly two decades of Socialist Party rule. It was the first major national strike since a 2002 stoppage that failed to topple Maduro's predecessor, Hugo Chavez.

Only state-run firms were open, though many were short on staff after employees failed to appear. No disruptions were expected at oil company PDVSA which brings in about 95 percent of Venezuela's export revenue. Labor Minister Nestor Ovalles meanwhile said that the Maduro administration would punish private companies that supported the strike. 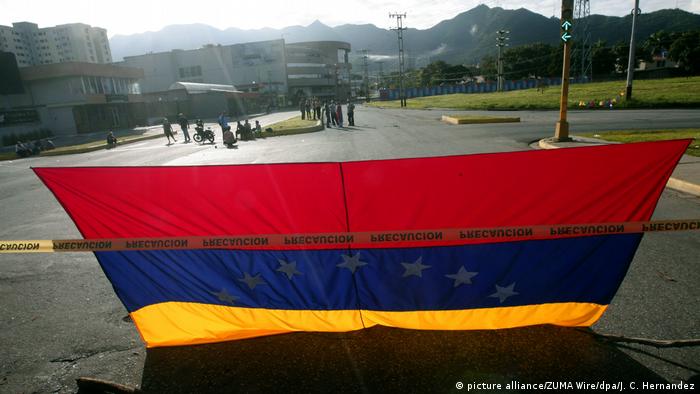 'We don't want this government'

As well as a presidential election, Venezuela's opposition is also demanding freedom for more than 400 jailed activists, autonomy for the legislature and foreign humanitarian aid amid ongoing shortages of food and medicine. 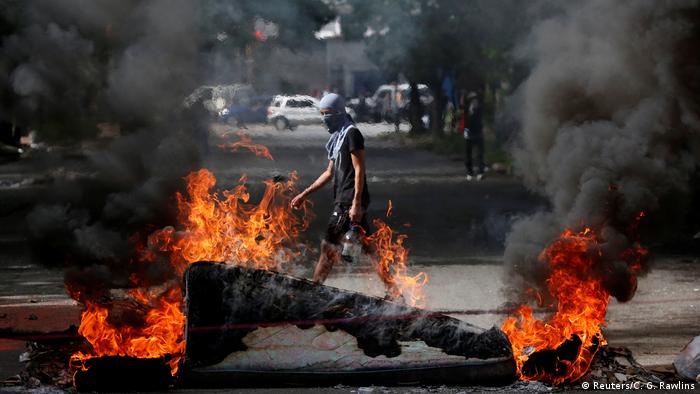 The general strike, which started at 6 a.m. local time (10.00UTC), is the latest in a series of protests that commenced in April 2017 calling for Maduro's ouster. The protests have claimed the lives of about 100 people to date and left hundreds in jail. The country's economy, which has been in free fall for four years, resulting in dire food shortages, has also been further damaged.

Maduro has blamed the crisis on low global oil prices and an economic "war" waged on him by the United States and the country's right-wing opposition. But the opposition says the crisis is due to government mismanagement, including a long list of nationalizations and state appropriations of firms in the past 15 years.

Maduro on track for dictatorship

Dissident leaders had called the strike after holding an unofficial referendum on the weekend, in which a third of Venezuela's voters rejected Maduro and his policies. Chief among them is the president's plan to hold an election on July 30 to choose a 545-member citizens' body, called the Constituent Assembly. This would be tasked with rewriting the country's constitution in a way that would firm up control under Maduro's leadership while overriding all other state institutions.

US President Donald Trump has threatened "swift economic actions" against Venezuela if that election happens. The European Union, the United Nations, the Organization of American States and the Catholic Church have all condemned Maduro's plans. The government of Mexico has also urged Venezuela's government to suspend the vote to elect the Constituent Assembly.

Maduro has vowed to punish "conspirators" who try to stop him, and the country's military has reaffirmed its loyalty to the president by saying it would protect the polling for the Constituent Assembly.