Two French journalists have been killed northern Mali, France's foreign ministry has confirmed. The two had reportedly been interviewing a member of the Tuareg separatist group when they were kidnapped by gunmen. 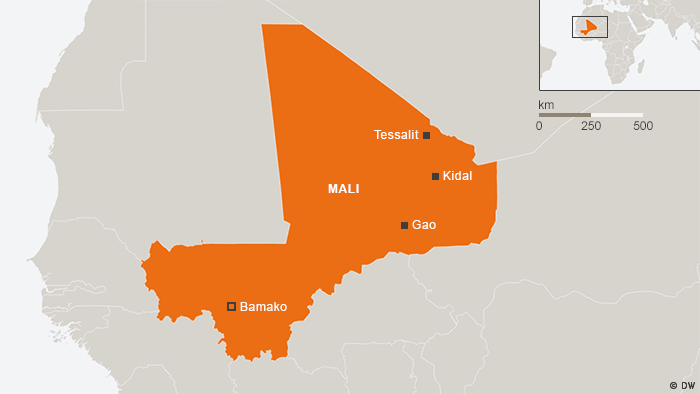 The two journalists, working with Radio France Internationale (RFI), were killed on Saturday, hours after they were abducted in the northern city of Kidal, the foreign ministry said in a statement.

"Claude Verlon and Ghislaine Dupont, journalists at RFI, were found dead in Mali," the ministry said. "They had been kidnapped by armed gunmen in Kidal."

"The French government, in conjunction with the Malian authorities, will make every effort to find out as soon as possible about the circumstances of their death," said the statement.

A Kidal city official speaking on a condition of anonymity said the two, a man and a woman, were taken by several armed men shortly after finishing an interview with a Tuareg rebel leader.

No group has claimed responsibility for their deaths.

Kidal was the birthplace of a Tuareg uprising last year that plunged Mali into chaos. A subsequent military coup created a power vacuum that allowed the rebels to seize control of the country's north.

A French-led military intervention on January 11 drove out the militants but remnants still operate in the country. France has maintained a military presence alongside the UN peacekeeping mission MINUSMA.