Two Berlin students and teacher confirmed dead in attack in Nice | Germany| News and in-depth reporting from Berlin and beyond | DW | 15.07.2016

Two students and a teacher from Berlin have been killed in the truck attack in Nice, France. Berlin's school authorities and a local politician have confirmed the reports. 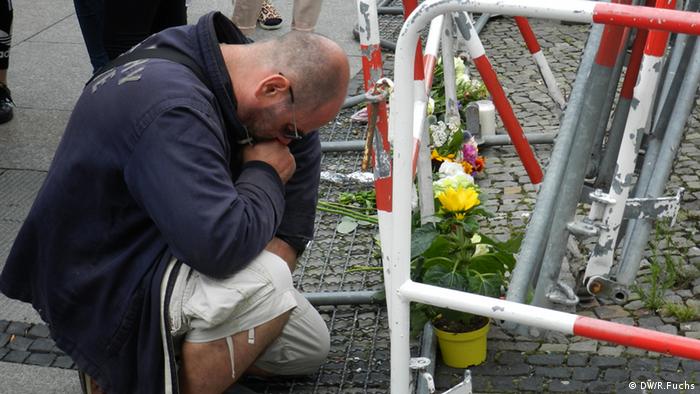 Local authorities in the Charlottenburg district of Berlin have confirmed that two students and a teacher from a local high school were among the victims of the truck attack in Nice on Thursday evening.

"We are deeply shocked about the death of two students and a teacher of the senior high school class at the Paula Fürst school, and we grieve with the parents, the entire school, the relatives and friends of the victims," Charlottenburg Mayor Reinhard Naumann said in a statement.

The two students were in the first year of the German "Abitur" - equivalent to the French baccalaureate. The school itself closed for the day and police were at the scene stopping anyone other than students and staff from entering. 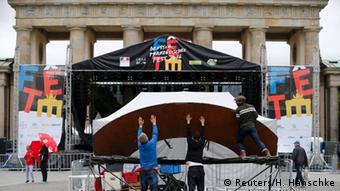 Berlin's Interior Ministry has yet to confirm the deaths, but the head of the Berlin parliament's Christian Democratic Union, Florian Graf, posted on his Facebook page: "It is now a sad certainty that a Berlin teacher and two Berlin students were among the victims. Our thoughts and our sympathy in these difficult hours are with the victims, their relatives, friends and co-students."

The "B.Z." newspaper also reported that one other student in Berlin was injured in the attack in Nice, and is currently lying in hospital.

The Foreign Ministry has so far not confirmed the deaths of German citizens either, though it said in a statement on Friday morning that this could not be ruled out.

At least nine Berlin schools had classes or school trips in southern France in the past week, according to Beate Stoffers, spokeswoman for the city's Education Department. Many were on vacation to celebrate the end of their exams.

Several schools had already contacted local newspapers to say that all their students and staff were safe and accounted for. The Wilma Rudolph School in the Zehlendorf district also posted a notice on its website saying, "All our students in Nice as well as both the accompanying teachers are in safety. Our teachers are keeping us up to date."

Meanwhile, an annual German-French festival, which was due to open outside the French Embassy at the Brandenburg Gate on Friday, has been canceled.

"The festival has been canceled for today, because of the attack and the victims," a spokesman for the organizers told public broadcaster RBB.

Nevertheless, Mayor Michael Müller appeared on the stage set up for the event with French ambassador to Germany Philippe Etienne to express their condolences for the victims of the attack.

"We have come here to remember the victims of this horrific attack; we have come together to show solidarity with our French friends," said Müller. "Sadly we must assume that there are Berliners among the victims."

Reminding listeners of similar attacks in Orlando and Istanbul, Müller added, "Even if it's difficult, even if we're angry, we cannot meet hate with hate. And even while we're being vigilant and we're watching closely what is happening around us, we must not meet others with prejudice. Nothing good has ever come of intolerance and ignorance."

Etienne announced that the festival would open on Saturday instead, "because we want to show that we will not give in, but will meet this challenge resolutely."

Merkel: We are united with France

Merkel: We are united with France

The Tour de France leader posts photo of French flag after Nice attack, which killed at least 84 people. The race, which is also currently taking place in southern France, will continue but with increased security. (15.07.2016)

For the third time in 18 months, France has woken to the news of a terror attack after a truck plowed through a crowd in Nice, killing at least 84 people. President Hollande said the attack had a "terrorist nature." (15.07.2016)