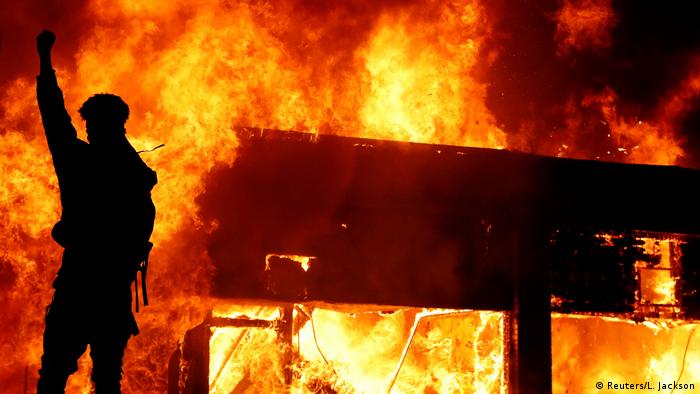 Twitter has suspended a fake "antifa" profile on its platform, which the tech giant says was linked to the white nationalist group Identity Evropa, for making posts inciting violence during ongoing protests in the United States, according to US reports.

The recently created account, @ANTIFA_US, issued tweets calling for violence and rioting. "Tonight's the night, Comrades," the account tweeted. "Tonight we say ‘F--- The City' and we move into residential areas… the white hoods… and we take what's ours ..."

The post ended with #BlackLivesMatter and #F***America, and the profile's photo included the antifa logo.

The spokesperson added that Twitter has taken action against fake accounts linked to the Identity Evropa group before.

The antifa movement is an unofficial network of loosely affiliated radical left-wing protest groups who promote direct action and confrontation to fight the far-right and fascism. The group's name refers to a shortened version of "anti-fascist."

Antifa protesters are largely decentralized, and primarily use social media to organize their actions. US President Donald Trump has recently targeted the group, blaming them for the destruction of property, looting and arson taking place at this week's protests, and calling the network a terrorist organization.

"It's ANTIFA and the radical Left, don't lay the blame on others!," he tweeted on Saturday.

The Southern Poverty Law Center, which tracks hate groups in the US, has designated Identity Evropa a white nationalist group that focuses on "intellectualizing white supremacist ideology."

Twitter says that two hashtags, including #DCBlackout, and hundreds of accounts are responsible for spreading misinformation about a "cover-up" and "blackout" of protests in Washington, DC. The fake accounts had accused internet service providers of censoring news of protests as part of an effort to black out the demonstrators.

"We're taking action proactively on any coordinated attempts to disrupt the public conversation around this issue," the spokesperson told NBC.

Unarmed African-American George Floyd suffered a cardiac arrest whilst being restrained by police, an official report has found. The findings contradict an earlier ruling that he had died from existing health problems. (02.06.2020)