Two bombs have exploded near an office of the liberal Muttahida Quami Movement (MQM) in Karachi, Pakistan, leaving several people dead. The Taliban has claimed responsibility for the attack. 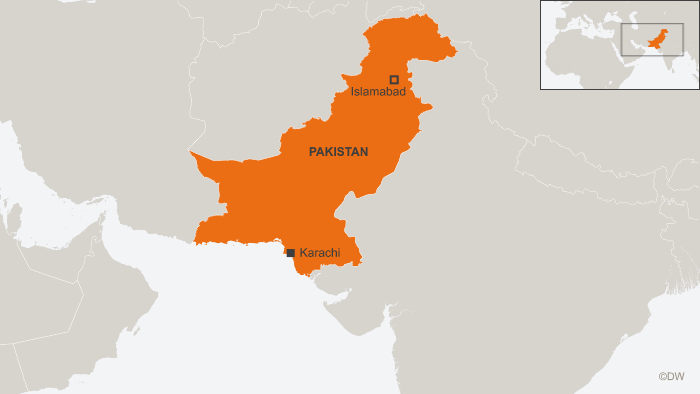 The bomb blasts near MQM offices in Karachi killed at least three people on Saturday, the latest attack in a campaign by the Taliban to target liberal and secular parties in the run-up to Pakistan's May 11 general elections.

Pakistan - a nuclear-armed country in the claws of Islamist terrorism - gears up for May 11 parliamentary elections, which analysts believe are 'the most crucial elections' in Pakistan's history. (29.04.2013)

The bombs exploded within 20 minutes of each other, senior police official Saleem Akhtar Siddiqui told the AFP news agency. MQM spokesman Qamar Mansoor said a political rally had been planned in the area hit by the blasts, but it would now be postponed to observe a day of mourning for the victims of the attack.

Police officer Aamir Farooqi said the explosions wounded at least 22 other people. The bomb blasts marked the second day in a row that MQM had been targeted by political violence. On Friday, gunmen riding on a motorcycle shot dead a prominent activist from the political party in Karachi.

The Taliban have singled out the ANP, MQM and the incumbent Pakistan People's Party (PPP) for attacks in the run-up to next week's elections. All three parties tend to be more liberal, secular and support military action against Islamist extremists operating in the tribal regions along the Afghan-Pakistan border.

According to a tally by news agency AFP, the Taliban's pre-election attacks have killed 66 people since April 11.